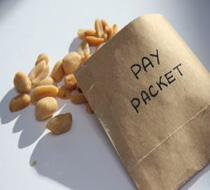 Cheap Broadband is great, but is it cheap on the surface only? Some of the cheaper broadband providers tend to make their money back in other ways, and one of these ‘sneaky’ was is via excessively high charges for support calls.

The leading consumer magazine Which? Found that out of a total of 45 tech firms tested, 32 had high call rate numbers for customer support calls.

Out of the tech companies tested that provide broadband, Tesco broadband and Supanet were found to be using 090 numbers for their support calls. 090 Numbers are known to be premium rate numbers, arguably the most expensive number on the market today.

The meaning of this, is that a 10min call from a standard landline to the support line for Tesco Broadband, would more than likely cost around £5+ any standard network charges.

Here is a quote from Sarah Kidner, who is the editor over at Which? Consumer magazine:

“If other companies can offer a Freephone number, so can Tesco. After all, every little helps,” she added.

Some techy businesses providers were found to offer a free phone number for their support lines, namely BT, UK Online, and O2.

Another aspect of the research by Which? Pointed out that irrespective of the calls cost, many consumers were left feeling frustrated by customer support lines, mostly due to the length of time taken for calls to be answered.

Ofcom, the telecoms industry regulator, recently stated that there is approximately 17million broadband connections in the UK to date.

So, when you are looking for cheap broadband, it is well worth considering the associated costs, including the cost of a call to the ISPs support line.