Researchers have shown through a new study that cars with spilled food and drink create the perfect environment for breeding of bugs and dangerous bacteria.

Carried out by researchers at University of Nottingham and commissioned by Carfused.com, the research saw scientists take swabs from different places in the cars and found that the mess created by owners of the cars and their family and friends provide for a perfect environment for proliferation of bugs including Staphylococcus and eColi.

The study was a part of a survey which analysed the cleanliness of cars in the UK. Out of the 2,000 motorists who took part in the survey, nearly one in 10 admitted to throwing rubbish in their car without the intention of cleaning up later.

The survey also found that despite the health risk imposed by the poor hygiene, three-fifths of motorists aren’t bothered by their messy cars and still eat food while on the road. The survey found that 5 per cent of drivers end up finding rotten food in their vehicles.

Further, a quarter of drivers clean up their vehicles only once every three months thereby inadvertently creating breeding ground for bacteria and germs. 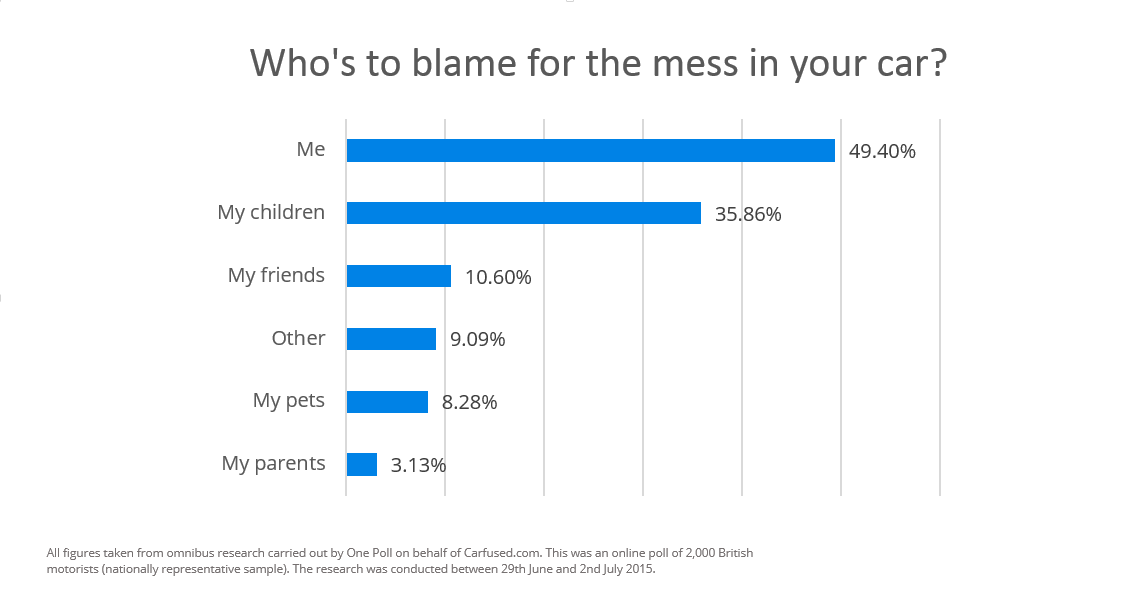 When asked who’s to blame for the mess, a third of Brits said that it was their children who messed up their cars. One in five admitted to often skipping the car wash only because their kids will mess it up again.

Nearly half of motorists take responsibility for the state of their car, but more than one in 10 believe it’s their friends’ fault. A smaller number blame their pets.

Apart from the hygiene implications, research shows that many drivers admit to being embarrassed by their cars.