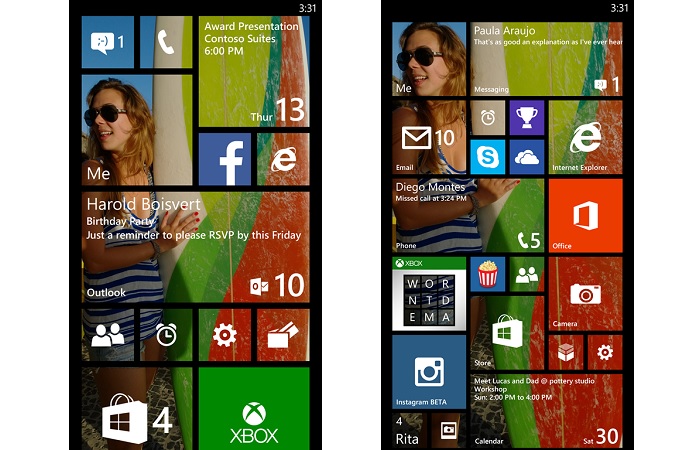 Developers who managed to find themselves at the conference were lucky to get a copy of their own Windows Phone 8.1 right away with other developers getting their copy starting April 8.

One of the biggest feature of Windows Phone 8.1 is Cortana â the long rumoured digital assistant from Microsoft and which the company now claims is first âpersonal digital assistantâ. This claim is rather too bold and insulting to Appleâs Siri which has been around for years now.

Using Cortana users will be able to carry out functions such as managing basic phone features, perform searchers, play music, set appointments among other things. Further, Microsoft claimed that Cortana has learning abilities and it will learn from usersâ web searches and provide contextually sensitive and timely information.

Cortana did steal the show, but there are quite a few other features worth mentioning including the new âAction Centreâ. Through the Action Centre, users will be able to gain quick access to information about battery life, dual-SIM usage, Airplane Mode toggle, Bluetooth and Internet Sharing options, and more.

On the customisation front, Microsoft executive Joe Belfiore revealed that developers will have access to a new set of APIs for the Windows Phone 8.1 lock screen using which they will be able to provide “lock screen experiences that are highly individual and unique.”

Some of the other features of Windows Phone 8.1 include enterprise VPNs, enterprise Wi-Fi, including S/MIME support, extended mobile device management, and certificate management.

Wi-Fi Sense feature automatically connects a userâs phone to free wireless hotspots nearby and on top of that allows users to share their home wireless network with friends without the need of sharing passwords.

Microsoft also said that it will be released a new version of Skype that has the ability of converting regular phone call into a Skype video call.

Windows Phone 8.1 will also bring with it “word flow,” â a SWYPE like keyboard â that will allow users to type faster.