ISPs should give customers what they promise says consumer group Which? 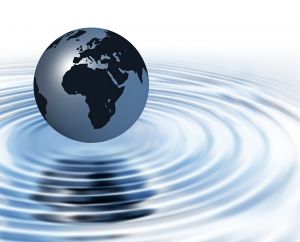 After a new research report revealed that UK broadband service providers are not delivering broadband speeds and connection quality they promise their customers while signing up for the service, the consumer group Which? has come forward in favour of the customers urging broadband providers to give customers the speed and service they pay for.

In a recent survey conducted by the consumer group among 2,012 British adults, it was found that three out of every five respondents suffer from problems related to their broadband connection.

While 45 percent of the respondents complained of slow download speeds, some 58 percent of them confirmed they experienced slow speeds frequently or all the time.

More than a quarter (27 percent) of respondents reported a loss of service and said they had to wait for two days to get it fixed up, with one in 10 waiting a week or more.

Richard Lloyd, executive director at Which?, said “The internet is an essential part of modern life, yet millions of us are getting frustratingly slow speeds and having to wait days to get reconnected when things go wrong.”

“It’s less superfast broadband, more super-slow service from companies who are expecting people to pay for speeds they may never getâ.

The consumer group has launched a campaign called ‘Give Us Broadband Speed Guaranteed’ and wants Internet Service Providers (ISPs) to give customers written speed estimates at the start of the contract, allow people to cancel their contracts if they donât get speeds promised to them with refunds for loss of service.

Which? is calling on the public to support itâs campaign by signing a petition on the groupâs website.