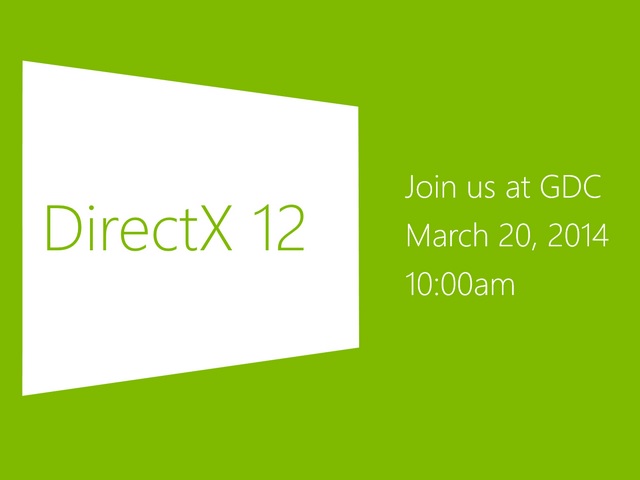 Microsoft has teased a March 20 GDC launch of its next-generation DirectX 12.

The next iteration of programming interfaces of DirectX 12 will likely be released at Game Developer Conference being held on March 20. The teaser page doesnât reveal any other information apart from the date, but does carry logos of probable partners who may have collaborated with Redmond on the new suite of APIs including AMD, Intel, Nvidia, and Qualcomm.

The DirectX page on GDC website, reads âFor nearly 20 years, DirectX has been the platform used by game developers to create the fastest, most visually impressive games on the planet.â

âHowever, you asked us to do more. You asked us to bring you even closer to the metal and to do so on an unparalleled assortment of hardware. You also asked us for better tools so that you can squeeze every last drop of performance out of your PC, tablet, phone and console.â

Microsoft has also registered a new twitter handle @DirectX12 and the only tweet in the account reads âRumors of our demise have been greatly exaggerated… #DirectX12 is coming to #GDC http://aka.ms/directx12â