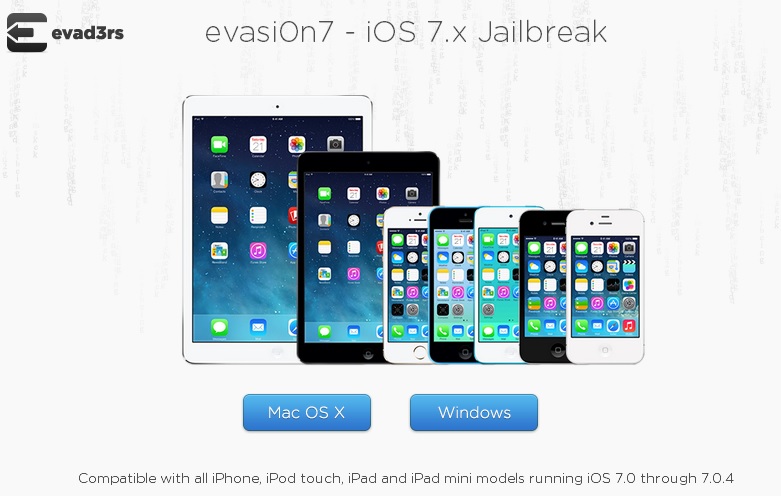 Evad3rs, the team behind Evasi0n, have released an updated the iOS 7 jailbreak tool to support the recently released iOS 7.0.6 update.

Apple released iOS 7.0.6 to patch an SSL/TLS vulnerability, which if left unpatched, could allow an attacker to capture or modify data in sessions protected by SSL/TLS.

Users were initially advised by evad3rs member MuscleNerd to refrain from iOS 7.0.6 if they had jailbroken their iDevices; however, he assured that they will be releasing an updated evasi0n that supports the latest version of iOS 7 as it fixes something important.

“evasi0n7 with support for iOS 7.0.6 is now live at http://evasi0n.com”, evad3rs tweeted. Users can now officially download the updated tool and jailbreak their iOS 7.0.6 devices.

Another surprising thing that has come up since iOS 7.0.6 was released is that few users are reporting that the update bricks their iDevices and a factory reset with iTunes connectivity is the only way to recover their device.

Apple working on ‘all glass’ phone

Apple Macs Are Being Held for Ransom by KeRanger Malware