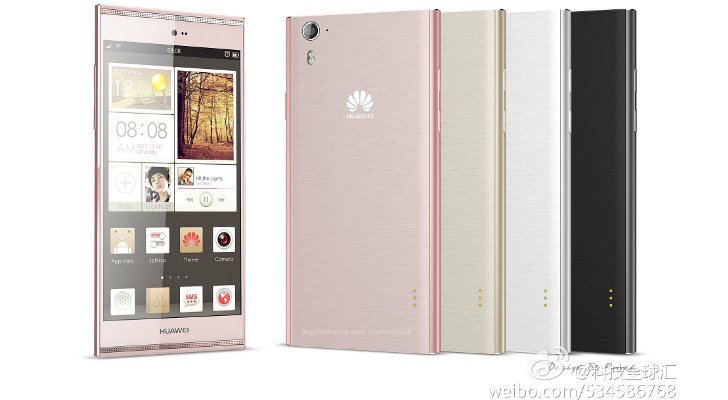 The yet to be announced smartphone will most probably be named Ascend P7 as Huawei is expected to continue with the naming convention. The Ascend P7 is expected to be powered by a 1.6GHz HiSilicon 910 SoC and is rumoured to feature 5-inch full HD 1,080p display, 2GB RAM, 16GB internal storage, 2,460mAh battery, 13-megapixel rear camera and an 8-megapixel front camera. The smartphone is said to run Android 4.4.2 KitKat out of the box.

The leak doesnât contain much information except for the press render and from the looks of it, the Ascend P7 will launch in at least 5 colours including Pink, White, and Black.

Huawei released a new ad trolling Samsung and Apple in a bid to highlight some of the products it will be unveiling at MWC 2014. Huawei revealed through the ad that it will be releasing a ânew tablet with a beautiful slim designâ, âa smartphone with an amazing front cameraâ, ânew multimedia tablet that gives the ultimate entertainment experienceâ, and an âamazing device that can support the next-generation LTE networkâ.