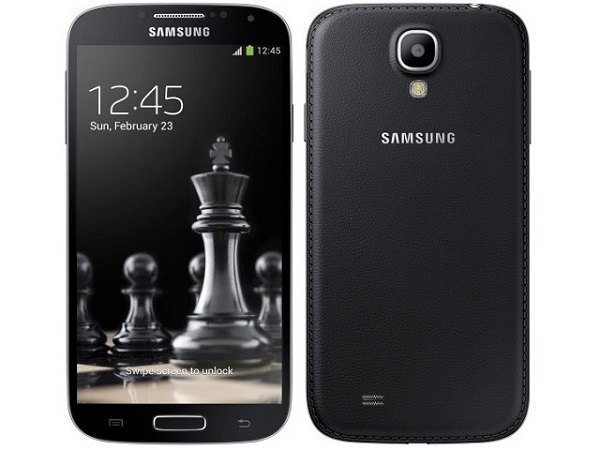 The Black Edition Galaxy S4 was launched in Russia sometime earlier this year, but without any clues about a worldwide release. On Friday the Korean handset maker announced that its black edition Galaxy S4 and Galaxy S4 Mini models will soon see a UK launch.

The Black edition smartphones will sport a stylish a faux-leather black coloured rear along with a black bezel surrounding the screen, which makes the smartphone stand out from the original Galaxy S4 and S4 mini models. The new models come with eight new gloomy wallpapers and a set of exclusive ringtones.

Samsung is yet to disclose the pricing and availability details; however it is for sure that the handsets will be heading to the UK market soon.