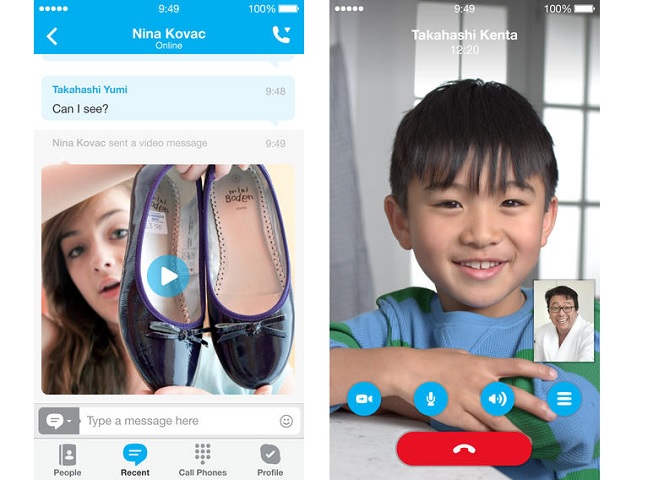 Skype has updated its iPhone and iPad apps by adding two-way HD video calling feature, push notifications for chat and ability to receive messages on iPhone and iPad even when Skype is closed.

Skype latest iPhone and iPad apps will support two-way HD video chat on all A7-equipped devices including the iPhone 5S, iPad Air, and iPad Mini with Retina. Two-way video calls will work in both portrait and landscape modes and can be placed either over 3G/4G cellular or Wi-Fi. Video swapping between front or rear-facing camera, muting a call, disabling video are some of the in-call options available.

Another feature added to the apps is the ability to receive chat messages on all iPhone and iPad devices even when Skype is closed. Also chat messages will now sync much faster across all gadgets on all iDevices.

In 2013, around 214 billion minutes of international Skype-to-Skype calls was recorded indicating a 36 percent increase as compared to 2012 notes iDownloadBlog.

You can download the Skype for iPad and iPhone here.