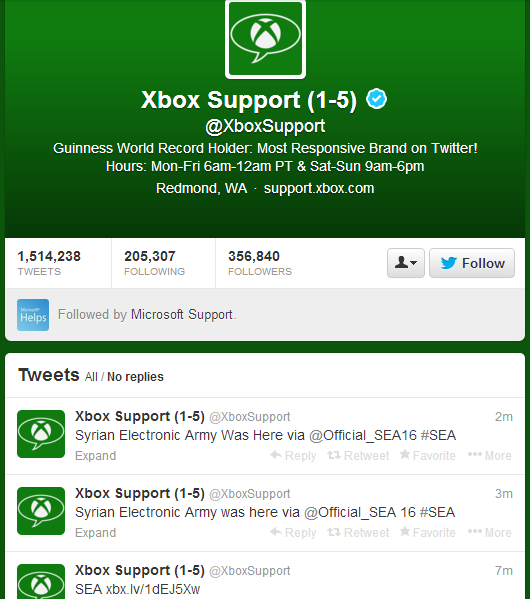 Signs of possible hijack came in the form of a couple of tweets wherein the SEA claimed to have access to Xbox account on Twitter (here and here). The photos posted by SEA showed the hacking group may have access to the account as it shows ‘edit your profile’ option.

However, these tweets didn’t have any other proof that the group had access to the twitter feed as they didn’t tweet their ‘SEA was here’ message.

This changed a few minutes ago as the SEA has managed to hijack the official XboxSupport account. The group sent out a series of tweets through the account that read “Syrian Electronic Army was here” and “From #SEA.. Game on!”

The tweets indicate that the group may have more in store and they might be prepping for bigger hijacks. Stay tuned.