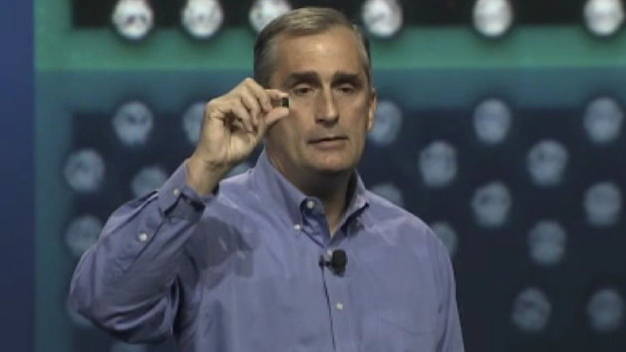 Intelâs Brian Krzanich, it seems, had one thing in mind when he took stage at CES 2014 to deliver his keynote: wearable tech. The new CEO, who took reins of the company in May 2014, wants Intel to finish the wearable tech race at the ace position after missing out on the smartphone and tablet wars. Krzanich unveiled a host of prototype wearable devices including an earpiece, headset, smart bracelet and smartwatch.

It seems that Krzanichâs main aim is to fit everything with an electronic circuitry with Intel’s chips. âWe want to make everything smartâthat is what Intel does,â said Krzanich during the keynote. “We’re looking at a broad ecosystem of wearables, not just the device or the silicon.â

Consider for example Jarvis, a pumped up earpiece that connect to a userâs smartphone wirelessly, which allows users to ask questions like âwhere is the nearest cafÃ©?â and in return answers back through a software agent. There is this headset that monitors a sports enthusiastâs hearbeats and sends the data back to the smartphone through the headphone jack â no need of a separate sensor says Krzanich.

Intelâs New Devices Group under the leadership of Mike Bell is making reference designs of these wearable gadgets that other companies can use to build products.

In a bid to ensure that these gadgets donât look too geeky and for that purpose is teaming up with luxury retailer Barneys New York for smart bracelets, the Council of Fashion Designers of America and the design house Opening Ceremony to ensure that future wearable tech gadgetry will look great.

Intel also has its eyes set on the upcoming smartwatch vertical and Krzanich showed off a smartwatch with “geo-fencing” capabilities specifically meant for kids. The smartwatch will alert parents on whether their kids have arrived at a certain location on time or not and whether they have followed a certain walking route.