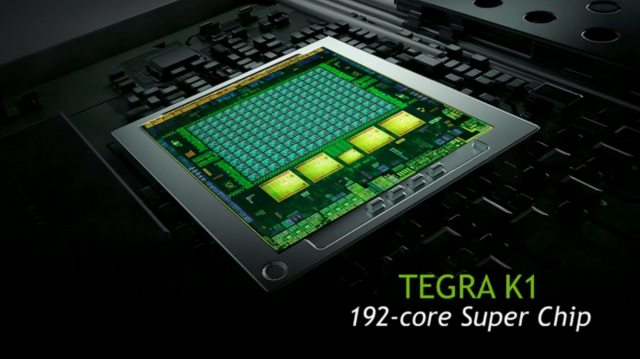 NVidia has announced its next graphics chip that it claims not only delivers thrice the performance as that of Appleâs A7, but will also bring mobile computing at par with desktop computing.

The Tegra K1 is based on the same Kepler GPU architecture that you would find in todayâs dedicated graphics card. However, the K1 comes with a single SMX unit that corresponds to a whopping 192 CUDA cores with each being programmable and able to operate in parallel.

The chip will be launched in two versions â 32-bit and 64-bit â and will come with NVidiaâs dual-core Denver. NVidia claims that Tegra K1 will deliver high performance on both single and multi-threaded tasks. The Denver quad-core will be clocked at 2.34GHz, while the dual-core K1 at 2.5GHz.

The primary reason behind combining desktop level graphics with mobile processors was to make life of developers simple. Huang said that multiplicity of platforms is something that bothers all game developers and by providing a consistent platform for mobile and desktop NVidia wants to take away that burden. Epic Games has already announced its plans of bringing Unreal Engine 4 to the Tegra K1.

NVidia also plans to leapfrog all other chip vendors by providing a platform that is not only great for mobiles and tablets, but is also the best when it comes to cars. NVidia has claimed that the Tegra K1 will take self-driving cars from the realm of research to mass market. The Tegra K1 brings advanced computational capabilities to cars, allowing vendors to run a variety of auto applications that were otherwise unheard of or were not practical owing to the power consumption requirements.

“To process the steady deluge of sensor and camera data required by a self-driving car, NVIDIA is bringing highly energy-efficient supercomputer technology inside the vehicle,” said Taner Ozcelik, vice president and general manager of the Automotive business at Nvidia.

“Tegra K1 solves this by providing 10 times the computing power of previous mobile processors without consuming additional energy”, he added.