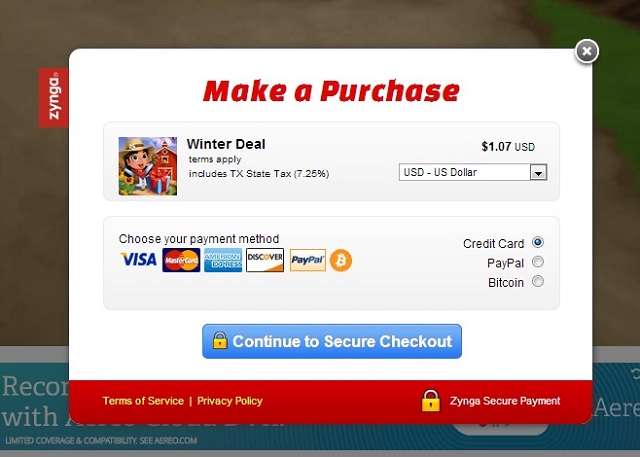 Zynga is also joining the Bitcoin bandwagon and has announced that it is testing Bitcoin based in-app payments for a few of its titles.

Zynga has partnered with Bitcoin payment processor BitPay and the games on which the gaming company is accepting the crypto-currency as in-app payment include FarmVille 2, CastleVille, CityVille, Hidden Chronicles, and Hidden Shadows.

Announcing the development through Reddit, Zynga said that the testing is in response to the âBitcoinâs rise in popularity around the world.â

Zynga claims that accepting Bitcoin will allow it to improve gaming experience for its users. âZynga is always working to improve our customer experience by incorporating player feedback into our games. We look forward to hearing from our players about the Bitcoin test so we can continue in our efforts to provide the best possible gaming experienceâ, announced Reddit.

Users have started posting screenshots of the option and some have even posted videos showing how the Bitcoin payment option.