Asus Zenbo â An ET-like robot with a touchscreen face 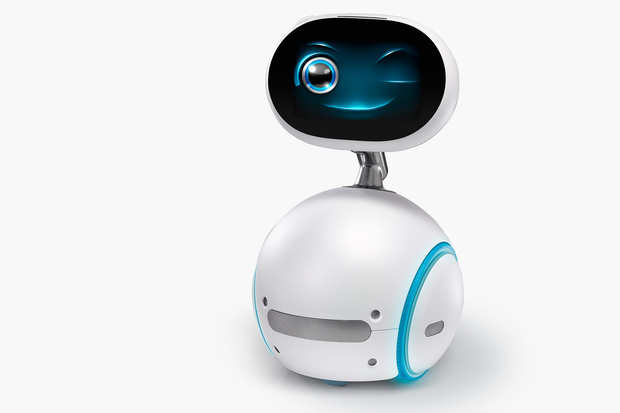 According to the company, this robot, which costs $599, can do every household work imaginable and it also works as a personal assistant. Zenbo can take commands to stream videos, play music or make video calls.

Asus described this robot “as a friendly and capable home robot designed to provide assistance, entertainment, and companionship to families and meant to address the needs of each family member in this ubiquitous computing era.â

Zenbo is about two feet tall and has wheels at the bottom which helps it move around. It has a touch display which shows the robotâs happy face and it can also be used to command the robot.

At the press conference in Taipei, Asus Chairman, Jonney Shih showed and demonstrated Zenbo in front of everyone while the robot strolled around the stage.

Shih gave voice commands to the robot and asked several questions. When he asked, âHey Zenbo, is it true you can take pictures?â, the robot replied, âYes, I can take photographs.â

He then told Zenbo to take a picture of himself along with the whole audience in the background. It was amazing to see that as Shih moved, Zenbo took his position on stage to get the right shot.

One of the main features of Zenbo is that it can efficiently take care of elderly people. This could be very popular in Japan since the country has an aging population. Because most of the senior population is still struggling in trying to understand the new technology, Zenbo makes it very easy for them by working through simple voice commands.

The robot can also connect to smart watches and bracelets to alert emergency contacts in case the elderly person has a fall.

And itâs not just for elderly, Zenbo can also help kids with their learning process and answer several general knowledge question.

It is easy to think of Zenbo as a digital personal assistant like Appleâs Siri, but itâs still unclear if Zenbo will be as intelligent as its opponents.

Though the price rate has been given by the company, there is no launch date yet. But the company wants developers to sign up for a software development kit and help create more applications for the robot.