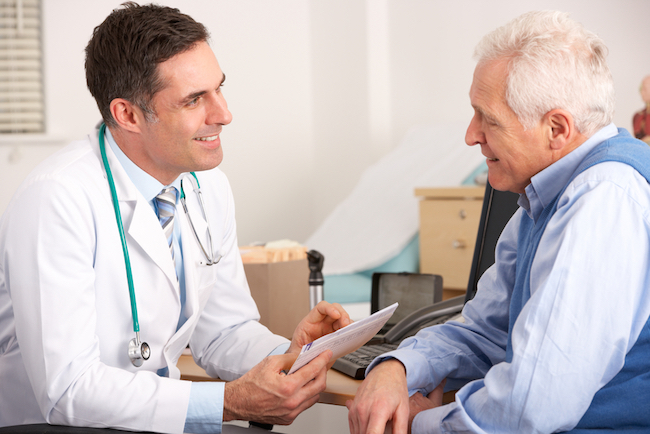 There may now be hope for men suffering from aggressive prostate cancer that is no longer responding to treatment.

The researchers from the Institute of Cancer Research have said that a new type of drug could benefit men who are suffering from an aggressive form of prostate cancer that is no longer showing any improvement despite treatment.

The study conducted on mice showed that Hsp90 inhibitors stripped the cancer cells of the defences against treatment by hormones.

The latest research was published in the journal Cancer Research.

The research team asserted that the ability of the drug to make the cancer cells receptive to hormone treatment makes the drugs particularly promising for treating drug-resistant cancers.

Prostate cancer affects about one in eight men in the UK at some point in their lives and is the most common cancer found in men in the UK. Men over the age of 50 are more at risk for this form of cancer, as compared to men below 50 years of age.

Prostate cancer can sometimes respond successfully to hormone treatments, which attack the androgen receptors that are associated with the growth of the male hormones, androgens.

However, in certain cases, some forms of the cancer develop an abnormal form of androgen receptor, which is not associated to the growth of hormones. In such cases, the patient suffering from Prostate cancer does not respond to standard hormone treatment.

The present research study has discovered that a new class of drugs brought down the level of the production of both the receptors.

Professor Paul Workman, study author and chief executive of the Institute of Cancer Research, said the discovery was exciting.

“We call Hsp90 inhibitors ‘network drugs’ because they tackle several of the signals that are hijacked in cancer all at once, across a network rather than just a single signalling pathway.

“These drugs can hit cancer harder than those targeting only one protein, and look promising for preventing or overcoming drug resistance.”

“These drugs are already in clinical trials for several types of cancer, and I am excited that our work suggests they could also benefit men with prostate cancer who have otherwise run out of treatment options.”

Prof Workman said the next step for the researchers was to test the Hsp90 inhibitors on patients suffering from aggressive, drug-resistant prostate cancer, in clinical trials.