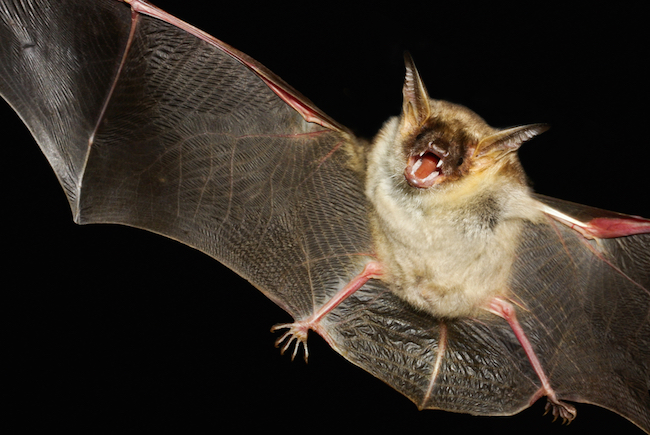 A new research study by international researchers has revealed that recording bat sounds can pave the way to identifying and conserving rare species of the mammal.

For the study, International researchers recorded more than 4,500 calls of bat sounds from about half of Mexico’s 130 bat species.

Details of the latest research on bat calls are published in the journalÂ Methods in Ecology and Evolution.

This is the biggest known library of bat sounds ever recorded by scientists. The scientists have compiled an audio library that includes all families of Mexican bats and about half the number of species.

Mexico has one of the highest rates of extinction of bats.

Co-researcher, Prof Kate Jones, of UCL and Zoological Society London, said,Â “We’ve shown it is possible to reliably and rapidly identify bats in mega-diverse areas, such as Mexico, and we hope this encourages uptake of this method to monitor biodiversity changes in other biodiversity hotspot areas such as South America.”

She added that the ability to map bats was pertinent for the implementation of effective conservation measures to prevent the extinction of bats.

The audio library compiled by the researchers allows the bat calls to be identified automatically, which helps to monitor any changes in bat species.

For the study, the scientists explored the desert, jungle and tropical forests of Mexico with the aid of remote monitoring stations.

The researchers developed machine learning algorithms and voice-recognition software, with the help of which they were able to identify about 70% of bat species from the bat calls.

It is often difficult to identify one bat call from another because the bat calls are normally very similar sounding and are often too high in frequency to be detected by the human ear.

Lead researcher Dr Veronica Zamora-Gutierrez, from UCL and the University of Cambridge, said,Â “By tracking the sounds they use to explore their surroundings, we can characterize the bat communities in different regions in the long term and gauge the impact of rapid environmental change.”

She added that audio surveys were now widely being employed to register changes in biodiversity.

The researchers hope that they will now be able to use the audio library compiled by them to monitor bat populations not only in Mexico, but also in other countries in South and Central America.

Other than having the highest bat species diversity in the world, Mexico is home to some of the world’s most unusual bats, such as the largest carnivorous bat in the world, the fish eating bat and the banana bat that sustains on nectar.

Many of the species of bats are endangered because of being hunted and also because a large part of their habitat has been lost to human development.

Bats occupy an important position in the worldâs ecosystem, as they feed on insects and also spread seeds and pollen from many plants.