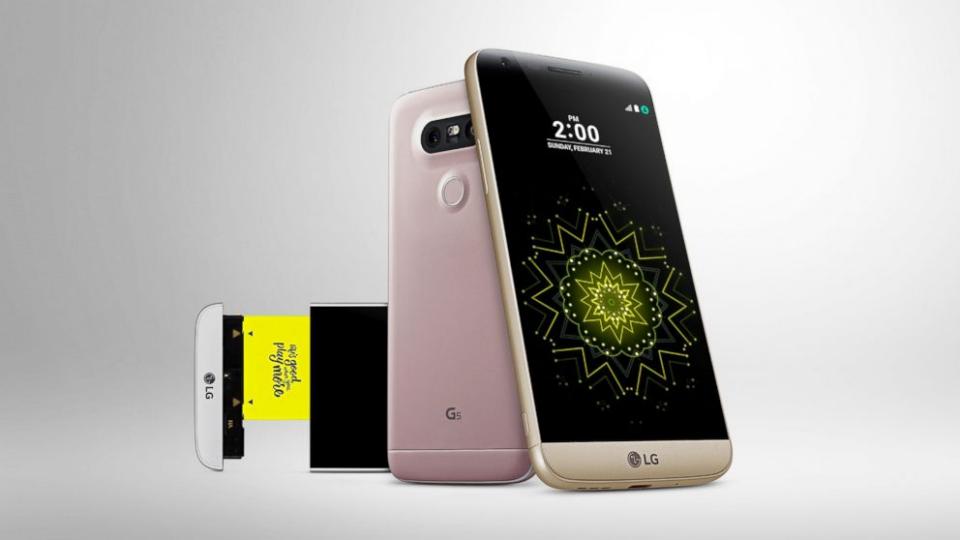 LG just revealed the worst kept secret in the mobile phone industry, announcing its brand new LG G5 smartphone, the next iteration of the company’s flagship line. The announcement confirmed many of the rumors surrounding the phone, like its all metal body and slide out, modular design with removable battery. The design had floated around the internet for months, but the LG G5 is still something to behold.

The Korean company went beyond just announce the device and its design, also revealing its utilization of the Snapdragon 820 processor and dual sensor rear camera. Offered in four colors â gold, pink silver and grey â the phone has the opportunity to compete with the likes of Apple, catering to those customers who value appearance as much as they do performance.

The rear-facing camera promises to be brilliant, with a 16mp main camera, including an 8mp sensor, which helps to provide 135Â° viewing angle for gorgeous panoramic photos.

Removable batteries have given LG quite the advantage over its competitors in the smartphone market, and the LG G5 continues that tradition. The only difference is that now the battery literally slides out of the phone’s body, eliminated the need for a removable back cover.

If you’re like the vast majority of smartphone users, you’ll appreciate the LG G5’s always-on display, which will keep a clock on the home screen, even when the phoneÂ is idle, which the company promises will not impact battery life.

As mentioned above, the LG G5 will come in four colors, with gold and pink standing out. Other options include grey and silver, for those who are a bit less adventurous.

No price has been set for the phone, but if the LG G5 is priced like other flagship smartphones and the two previous versions, expect the price to be Â£385.

More for coverage, head over to FanboyReport.com.