Alien hunter: There’s a ‘hybrid rodent’ on Mars and UN should be involved 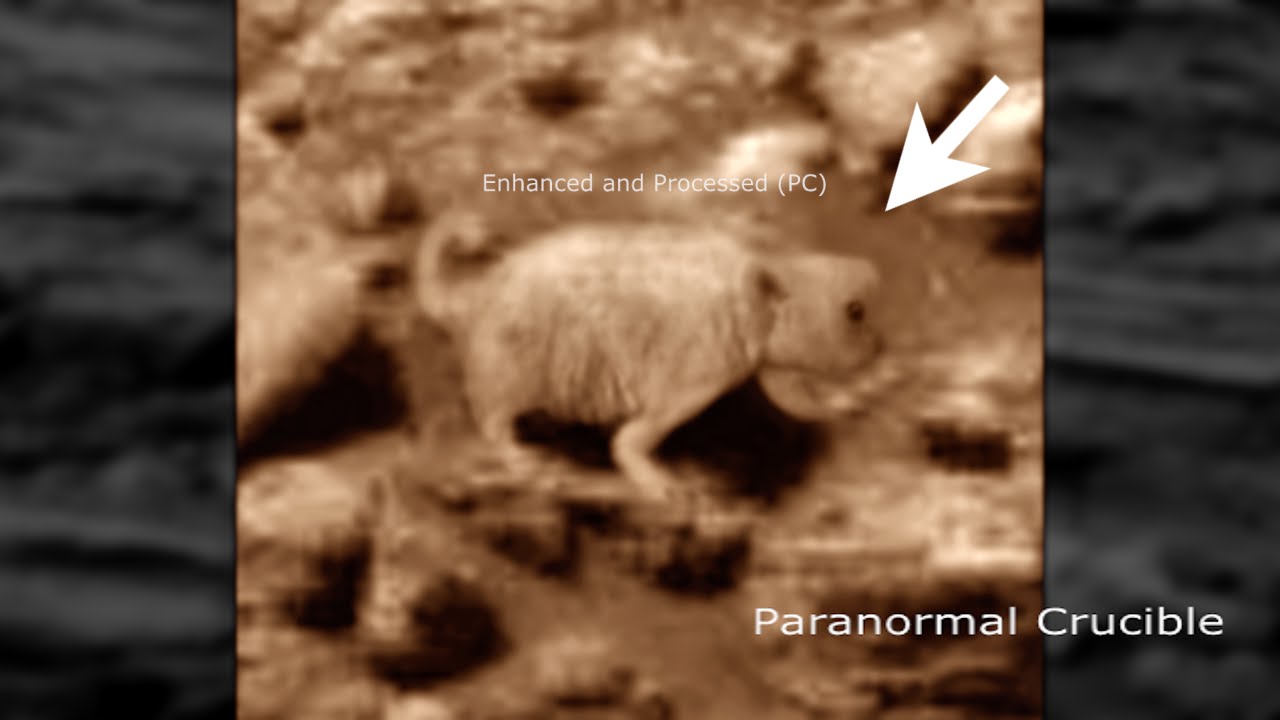 Pareidolia is in overdrive with sightings of ‘possible hybrid rodent’ on Mars in an image captured by Mars Rover Curiosity. Pareidolia is phenomenon whereby someone not only sees things in objects, but also something significant in anything random.

YouTube Paranormal Crucible and long-time UFO enthusiast and self-proclaimed alien expert Scott Waring of UFOSightingsDaily have done it again – this time with a sighting of an actual ‘animal’ in flesh and bone and not a statue.

Using an image [raw image can be found here], captured by the rover while on its routine mission near gale crater, the alien hunters have claimed that there is an actual ‘animal’ on Mars. YouTuber Paranomal Crucible was the first one to reveal this alleged ‘anomaly’ and the video was then picked up by Waring. According to him the latest sighting as well as numerous previous ones call for involvement of the UN as the US government and NASA are hiding the truth about aliens.

Paranormal Crucible analysed and enhanced the raw image to reveal a “possible hybrid rodent” with legs and body. The video commentary notes that the rover has captured a small mammal type creature possibly a hybrid species of gundi or prairie dog. In the video, the commentary notes that the alleged animal has a plum body, a small head, and three visible legs. Because of the poor image quality and to show the viewers what the actual shape of the alleged animal, video creators decided to enhance and colourize it.

This is not the first time that alien hunters and enthusiasts have claimed presence of animals or buildings or even Gods that resembles those on Earth. Prior to the latest video, there have been claims of âgod statueâ on Mars, âStonehengeâ on Mars and other similar sightings.

The latest video got picked up by Scott Waring of UFOSightingsDaily and according to him it’s a baby bear. While this is completely bizzare, Waring claims that NASA is deliberately putting images of Mars in black and white to hide details. He even goes onto claim that the creature has real hair as seen from the shadows around its body and that it means that it’s not a statue, but a living creature.

We would like to point out to our readers that the image was taken by a rover and from the angel of the photo it seems that image is of the ground and the alleged ‘animal’ is rather too small – even smaller than a pebble. From what I can make out, it is just a rock and stacks itself in the list of alleged sightings that doesn’t have merit.

However, Waring is so convinced that he will be sending this to the Secretary General of the United Nations requesting the organization to investigate.

[Related: Alien enthusiast spots ‘animal’ on Mars, but misses out on three other ‘anomalies’]