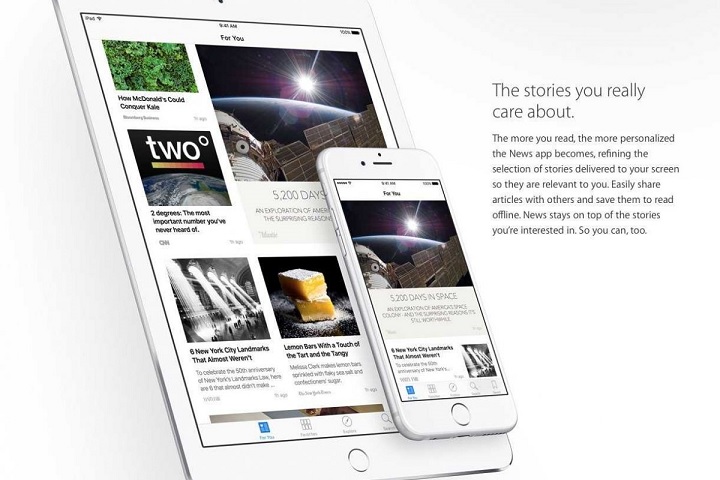 iOS 9.1 update has been rolled out and in the UK it brings the new set of emojis and Apple’s own Flipboard-style News app that will deliver a daily dose of news from selected publishers and sites.

The News app is Apple’s way of delivering news stories for a selection of news sources across the globe saving users from jumping from app to app or from site to site to catch up on the latest happenings in their areas of their interest. You wouldn’t be required to install the app as it will appear on your home screen once you are done with the iOS 9.1 update.

You have the option of selecting the source and topics for which the News app would deliver content when you start the app for the first time. However, you always have the freedom to manage the topics and news sources by going to the ‘Explore’ Tab.

The ‘For You’ section of the app is where Apple will deliver the stories as per your preferences. The layout of the News app gives you a feeling that you are using a magazine kind of app – something like Flipboard. However, the app is different from Flipboard, but the whole design isn’t too prominent on the iPhone as it is mostly white background that you will see.

Moving to emojis, the latest update brings more than 150 new emoji including a taco, burrito, middle finger, a cricket bat and a unicorn to the native keyboard for the first time.

Some of the other things that iOS 9.1 update brings with it include a fix for Live Photos – the phone now senses when you land is lowered and so Live Photos doesnât capture the random view as your hand falls.