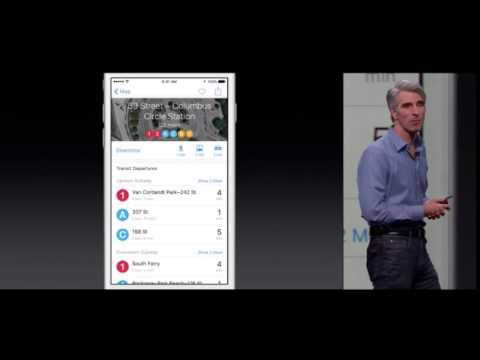 Apple has decided to shutter HopStop, which it acquired in July 2013, post the launch of Transit Directions in iOS 9 – a feature that lets you get public transit directions.

HopStop has been a rather expensive buy for Apple – some assume – with a price tag somewhere in the range of $1 billion. Though the price tag hasn’t been confirmed by either the companies, the feature has been one of the most important additions to Apple’s map arsenal as public transit directions was the feature that Apple Maps lacked when it was first launched.

Now with that feature integrated, finally, in June earlier this year, there is no need for a HopStop standalone app and that’s the reason, we believe, Apple has decided to call it a day for the app.

“HopStop will no longer be available starting October 2015”, reads a message on the top portion of the HopStop website.

Apple Maps now features Transit view using which you can gather public transit information along with routes and directions. Apple has highly customised the feature for each of the city – where it is available, and so you will be able to easily recognize signs such as subway station entrance, bus stops, so on and so forth.

If your hands are full and can’t navigate, you can always ask Siri for transit directions. What’s more! Because Maps is also an OS X app, you can always plan a trip on your Mac while in office or home and then follow the route on your iPhone or Apple Watch when youâre on the go.

Apple has lot in store for Maps then it lets out. With acquisition of Coherent Navigation it may have an edge over all other maps app because Coherent’s technology is said to be a high-precision navigation system that is a step up than a typical GPS you would find on your smartphone or tablet. According to reports, Coherent’s tech is said to be accurate to around three to five meters and if that’s the case, location tracking and maps on Apple iOS and Mac will take the game to a whole new level.