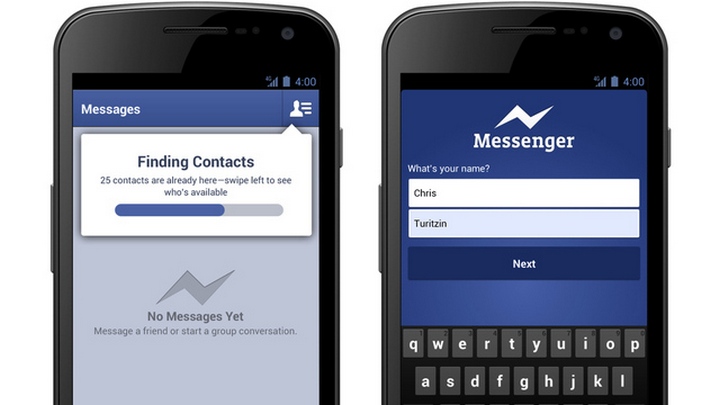 The new video calling feature will let Facebook users have face-to-face conversations with their friends and relatives via Messenger over wi-fi or wireless networks.

“You can quickly start a video call from any conversation with just one tap. If youâre messaging with someone and realize that words just arenât enough, you can simply choose the video icon in the top right corner of the screen and start a video call right from within an existing Messenger conversation,” Facebook noted in a blog post explaining the new feature.

“Video calling will expand Messengerâs real-time communication features, enabling the more than 600 million people who use Messenger every month to reach others wherever they are, from anywhere. Itâs fast, reliable and high quality.”

Users can simply tap the video camera icon to start a call. Once the call has started, they can switch back and forth from the front-facing and rear cameras, or turn their camera off entirely.

The new video-calling feature has been rolled out on iOS and Android for those in the U.S., U.K., Canada, Mexico, Belgium, Croatia, Denmark, France, Greece, Ireland, Laos, Lithuania, Nigeria, Norway, Oman, Poland, Portugal, and Uruguay. Facebook has promised to extend the feature to other regions “over the coming months.”

Microsoft Corp’s Skype, Apple Inc’s FaceTime and Google Inc’s Hangouts are some of the other popular VoIP services which allow for video calls between mobile devices or computers.