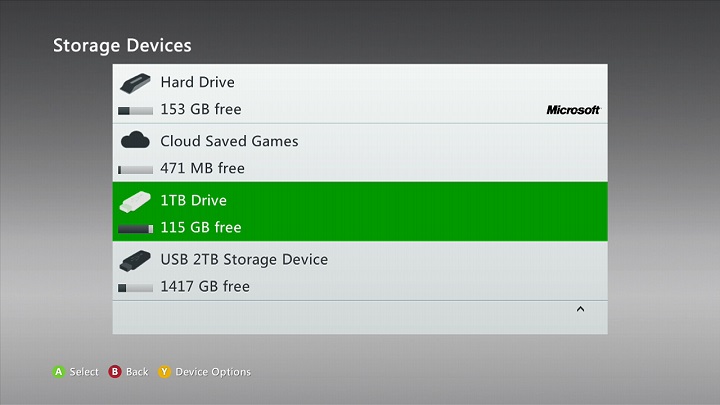 Microsoft has announced a new update that will see Xbox 360 now support larger external hard drive – up to 2 TB.

The upcoming update will allow gamers to plug into two external hard drives to store games and downloadable content. Hard drives up to 2TB in size will be supported. The update will be available first to members of the Xbox 360 Preview Program before rolling out to all other users later this year.

âIf you are not part of the Preview program you will get this functionality later this year. In addition we will also no longer reserve space in advance on your hard drive. If you are using 16GB of hard drive space for games â we will only take 16GB of space. And just like today â you will be able to use two external drives at a time,â Microsoft explains.

The Redmond has also warned that some drives may be incompatible or suffer performance issues, but does not appear to have released a list of recommended hardware.

âSome drives may be incompatible or have performance issues. If you already have space reserved for storing Xbox 360 data, you will need to clear the Xbox 360 storage to gain full access to the drive. If you are in the Preview program, please review the list of known issues before formatting your drive.â

An exact date for the Preview Program update is yet to be announced.