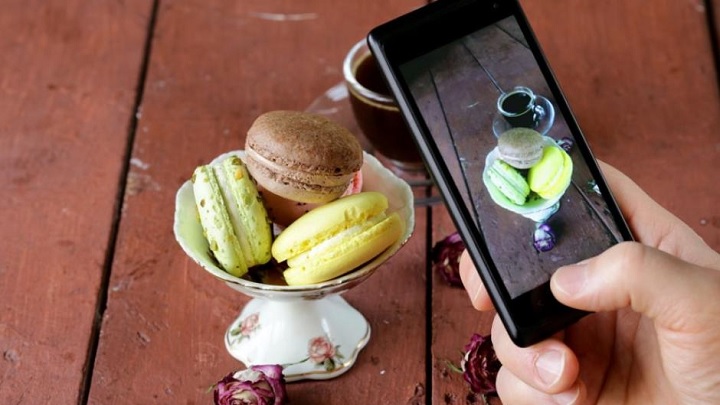 A new app dubbed â3DAroundâ now lets users take 360 degree pictures of objects and then show them as 3D photographs.

Developed by Swiss software company, Dacuda, the new 3DAround app takes pictures that are not just 3-dimensional, but also interactive. The app specially designed for food photography to capture 3D images of food, works just as well with any similarly sized object.

â3DAround extracts a full 3D model of an image, capturing object depth and structure as users move around to take food photos from various angles. It combines these multiple images into a single, virtual 3D photo.â

3DAround works using Dacudaâs innovative omni-directional SLAM Scan 3D technology engine, software and smart algorithms to deliver 3D scanning using the iPhone 6âs camera features with iOS 8. According to the company, Appleâs iOS8 camera is a key component of 3DAround functionality. The phoneâs integrated gyro sensor lets the app capture the presentation of all types of food in holographic detail. Till now around 1,000 users have tested the beta app, the company confirmed.

âIt superimposes several images and depth maps to produce a probabilistic dense-point cloud of the food. 3DAround is a true 3D app!â

App users can also share links to interactive images to allow other people, without the app, to view them in a web browser.

A free public beta version of the new app is currently available for download.