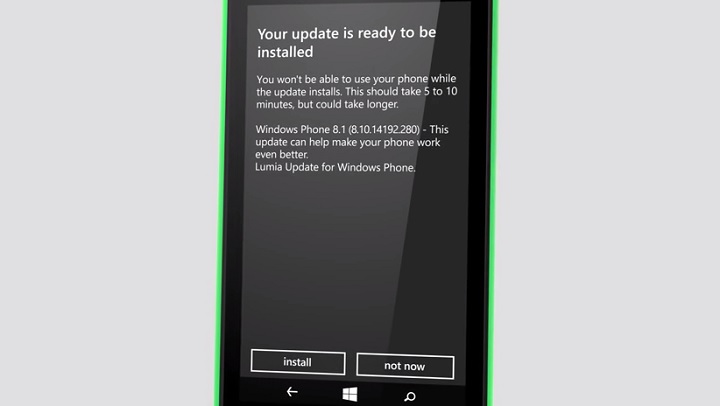 Microsoft has started rolling out the Lumia Denim update for Lumia 520, Lumia 525, Lumia 526, Lumia 625, Lumia 720, Lumia 720T and Lumia 1320 in China building up expectations that the update will be rolled out to other parts of the world soon enough.

First introduced back in September this year, there were reports that the update might not actually arrive to Lumia smartphones this year. But it seems that that rumour has turned out to be false considering that the update has landed in China and we anticipate that the update will hit India next by end of the year or early 2015.

Microsoft has also uploaded a “How to update to Lumia Denim” video on YouTube [embedded above] just a few days back indicating that the update is destined to hit more regions soon enough.

If you are in that part of the world and still haven’t managed to get a notification that Lumia Denim update is available you can head on to Settings > Phone update > Check for updates.