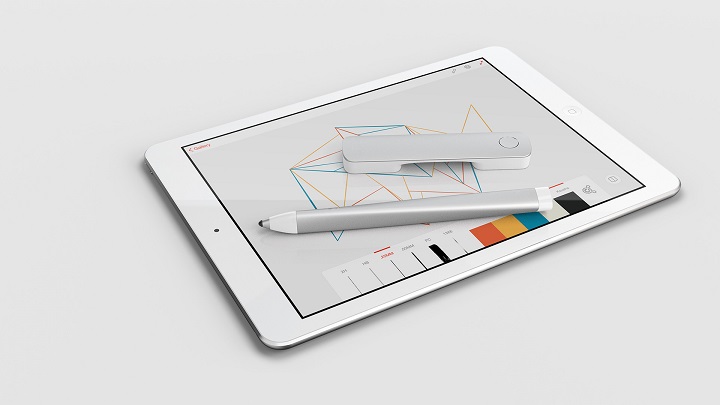 Adobe has announced the availability of Adobe Ink & Slide in the UK and Europe. Officially unveiled in June, the digital pen, Adobe Ink, and the digital ruler, Adobe Slide connect with Adobe Creative Cloud for easier illustration and art creation. They can be used with Illustrator Line, Illustrator Draw, Photoshop Sketch and Adobe Brush CC.

The Adobe Ink is a pressure-sensitive pen built using Adonit Pixelpoint technology. It includes an LED light at the tip, which takes on the color the user is sketching with on-screen.

The Slide smart ruler can be used to draw perfect lines, circles and shapes with some clever applications for architects and designers. It features capacitive points at both ends allowing a perfectly straight line to be drawn from one point to another.

Designed with hydro-formed aluminum, the Adobe Ink and Slide works well with the iPad 4 or iPad mini and above running on iOS 7 and above.

The accessories are now available in Spain, Italy, Sweden, Dubai, Denmark, Poland, The Netherlands, Portugal, and the UK.