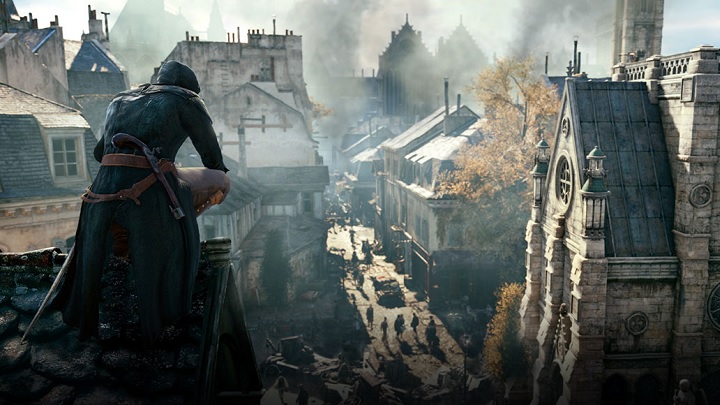 Ubisoft has revealed through a blog post that the upcoming Assassin’s Creed Unity Patch 4 will fix almost all of the remaining issues including game crashes after loading saved game, Error CE-34878-0, Companion App issues and improvements to the frame rate among others.

“Work continues on Patch 4, which should bring improvements to the framerate as well as additional fixes”, says Ubisoft in the post. There is no fixed timeline as of now for the release of the patch, but Ubisoft did add: “Weâre still testing some fixes in Patch 4, so weâll have a more detailed preview next week.”

One of the top priority issue, according to Ubisoft, is game crashes after loading a save. The developer said that they have been devoting a lot of time to this issue and have a workaround until the patch 4 is out. Those who are suffering from this issue should “try taking your system offline and reload your save, you should be able to play offline.”

Next up in the top priority list is the PS4 specific Error CE-34878-0, which renders the game in a frozen or crashed state after a saved game is loaded. Ubisoft says that this issue will be resolved in patch 4.

Some of the other fixes coming in Assassin’s Creed Unity Patch 4 are Restoration of lost Premiums, fix for synchronisation issues for first-time users and at login, fix for lost progress issue among other things.

“Our work continues on Assassinâs Creed Unity and although we expect Patch 4 to rectify most of the remaining issues our players have been reporting,” Ubisoft says, but adds that users should continue reporting any issues they may face.