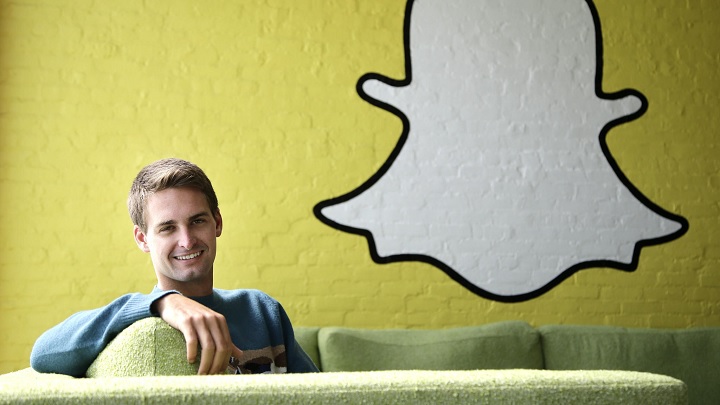 Evan Spiegel, founder of the ephemeral photo messaging app-‘Snapchat’, has been voted as the most influential media personality according to an ‘Under 30 New Media Power’ list put together by Birmingham City University.

Spiegel, who is only 24-year-old, is the CEO of photo messaging app which he founded in 2011 when he was a student at Standford University, US. The âUnder 30 New Media Powerâ list was put together by Birmingham City University and was decided by 120 15-24-year-olds who voted at a Gadget Show event last month.

Evan Spiegel managed to top the list ahead of YouTube superstars like Jamal Edwards, Zoella and Alfie Deyes. He has been invited to receive the special award from students at Rethink Media 2015 to be held in March.