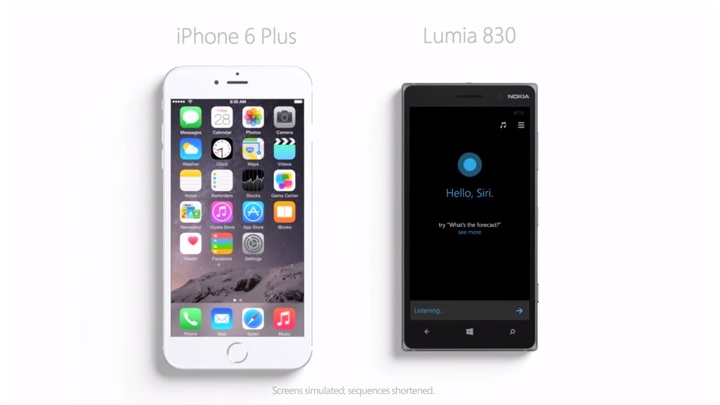 Microsoft is trying all it can to promote Cortana and how it is better than Siri and to strengthen its claims, Redmond has posted yet another video ad where it is claiming that Apple’s Siri hasn’t grown in terms of intelligence since its birth despite being over two year’s old.

Through a couple of punches, Microsoft intends to show that how Cortana beats its older rival Siri by providing features that Apple is yet to incorporate.

Microsoft tried to whip Apple’s Siri previously with a similar ad wherein it highlighted the alert capabilities of Cortana wherein a user can instruct Cortana to remind about something when a specific person calls.

Cortana is expected to land in Windows 10 as traces of the digital assistant have showed up in the latest build of the technical preview. Microsoft has also hinted at the possibilities of Cortana showing up on rival platforms.