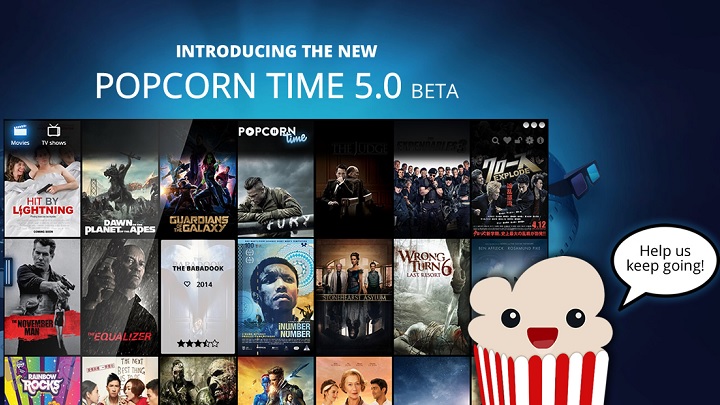 One of the most popular Popcorn Time forks ‘Time4popcorn.eu’ has released an updated version of its desktop app – Popcorn Time 5.0 beta, which not only packs new features, but is also said to be impossible to shut down.

Last month Time4popcorn.eu found its domain name suspended by EURid registry because of alleged copyright concerns affecting not only the site’s traffic, but also the application because it required the domain name to resolve for loading the app.

Developers of the popular fork then migrated to popcorn-time.se and just days after this migration, the team has released a new Popcorn Time 5.0 beta. One of the salient features of the application is its claimed invincibility.

“We made this version of Popcorn Time (and all version that will follow) not connected to the domain. So even if our domain gets taken down again, Popcorn Time will keep on working”, notes developers of the application in a blog post.

The developers add that they do not want to depend on central servers and “in the future all the necessary data for Popcorn Time will be transferred purely via Peer2Peer and in the new beta 5.0 weâve implemented the infrastructure needed for this vision.”