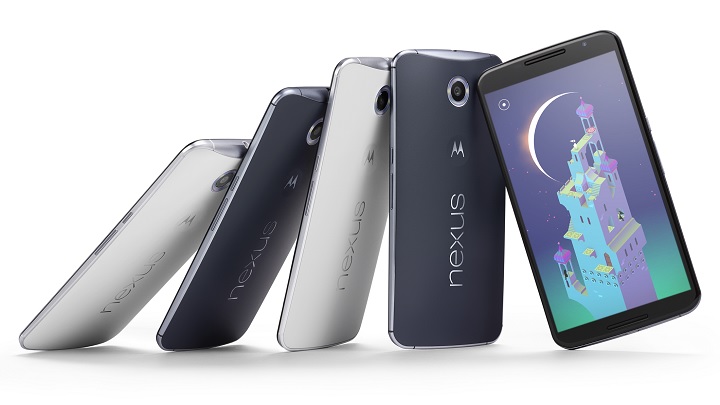 Google has unveiled the next in the range, a 5.9-inch Nexus 6 smartphone and an 8.9-inch Nexus 9 tablet both running on its latest version of OS dubbed Android Lollipop, alongside a media streaming device Nexus Player through its official blog.

Both the tablet and the smartphone will run Android L, which Google claims will connect multiple screens such as TV, tablets and phones for a seamless experience. The OS also includes a battery saving feature that is expected to extend the battery life of the device by 90 minutes.

Manufactured by Motorola Mobility, Nexus 6 comes with a 5.9 inch screen, the biggest smartphone launched by Google so far and also larger than its direct rival Appleâs iPhone 6 Plus which measures 5.5 inches. It packs a 2.7 GHz quad-core processor and offers a minimum of 32 GB storage with an optional 64 GB storage.

Google also offers its Turbo Charger claimed to give up to six hours of charge on a fifteen minute charging. Looking at the design front, it has a sleek aluminium styling with a 13 MP rear camera with a flash ring surrounding it and a dimpled Motorola logo at the back. The Nexus 9 has an 8.9-inch screen offering 2GB of RAM and brings a 64 bit Nvidia Tegra K1 processor. Google has said that the tablet is designed to be compact enough to be carried around in one hand and large enough to work comfortably. The search giant has also prepped a keyboard to pair with the tablet to make it a makeshift laptop.

The Nexus Player streams videos, music and games to TV and is the first device to give Android TV operating system a window to run on. It comes with a price tag of $99 and the optional controller costs $40.
Preorders for Nexus 6 begins on October 29th while the Nexus 9 and Nexus Player can be ordered starting October 17th and the devices will be available on stores beginning November.