Apple Maps ahead of Google Maps in mapping traffic in UK, claims EE 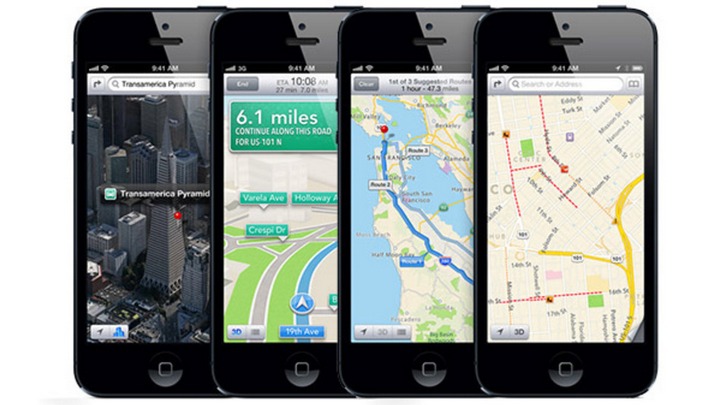 Within just two years from its launch, Apple maps has succeeded in surpassing Google Maps in mapping traffic on 4G, claims a new report.

EE, one of the UKâs leading mobile network operators on Monday released the latest 4GEE Mobile Living Index which details how its 4G LTE network is being used. The EE 4G usage index revealed that Apple Maps is quickly outpacing Google Maps on mobile.

The mobile operator in the âmobile mappingâ section of the announcement wrote that the new Apple Maps currently represents 70 percent of mapping traffic on the 4G network, as compared to 60 percent reported in the second half of 2013, taking from Google mapsâ market share, which is down 7ppts. As regard to mapping traffic on 3G, Apple Maps is up 19ppts and Google Maps is down 15ppts.

EE said that the increase in Apple map usage can be attributed to iPhone owners â who typically use more data than Android phone users â as they are found using Apple Maps more than all other smartphone owners who use Google Maps or other mapping services.

EE, however, did not disclose as how many of the 4.2 million people using 4G LTE are iPhone owners, and how many are Android users. The company said its recent 4G-related findings are based on its network data and an independent survey of 1,000 4GEE users by TNS. The mobile operator did not reveal any details about the devices used in the surveys.

As EEâs 4G usage report is only for one carrier, it fails to depict the actual global maps battle scenario. It is however interesting that Apple Maps are dominating the mobile mapping in the largest UK carrier that first rolled out 4G for iPhone and Android handsets.