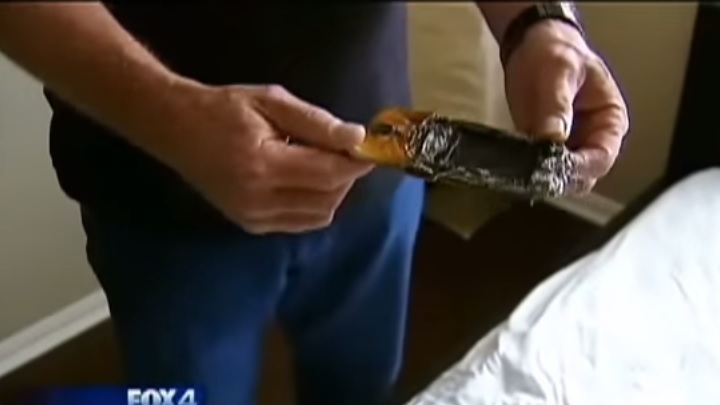 A Texas based teenage girl reported she woke up one night to the burning smell of her Samsung Galaxy S4 kept beneath her pillow.

The 13 year old Ariel Tolfree said she kept her phone under the pillow while she felt asleep. Later at night, she was woken up by the smell of burning. She said she didnât think much about the smell and went back to sleep.

However, after some time the burning smell, which was more prominent now, forced her to check again what was actually happening.

She said she was shocked to found that the burning smell was coming from nowhere but her own Galaxy S4 smartphone. She found that her phone and its battery had overheated for some reason which caused the battery to swell and start a fire.

Ariel’s father Thomas said the whole phone including the plastic, the glass melted in such a way that nobody can even really tell that it was a phone. He further said everybody expects that the products they buy are going to be safe.

Samsung in response said it wasnât at all their fault as the battery inside the phone was a replacement and not an original Samsung part. The company also mentioned about a warning that tells customers not to cover their device with bedding or other material as this could restrict air flow and start a fire.

Both Ariel and her dad claimed that warning was not very prominent and that the warning should be clearly mentioned in bold letters like a cigarette label.

The South Korean smartphone maker has agreed to investigate the matter and has offered to replace Ariel’s smart phone, bedding, mattress and pillow.