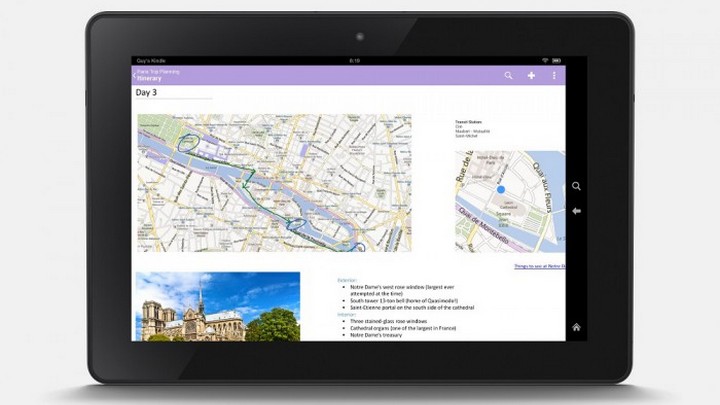 Just a day after the roll out of Skype for Fire Phone users, Microsoft OneNote app has landed in the Amazon App Store for Android on Thursday, keeping up the companyâs promise to deliver OneNote to every device.

Around 2 years after bringing it to Google Play Store in 2012, the free-to-download app, originally developed for smartphones, is now available with the same functionality for the Kindle Fire range of tablets. Of late, Microsoft has been making it a point to offer its apps on all platforms which is likely the reason for the company to roll out 2 apps for the Fire Phone users almost at the same time.

Announcing this is an official blog post, the OneNote Team wrote that the users of brand new Fire phone and Kindle Fire tablets will be able to use OneNote. Microsoft also noted that it is committed to improving the app with updates regularly. The app is available on the Amazon app store and is compatible with devices running Android 4.0 and higher.

Microsoft is reportedly taking on Evernote already available in the Amazon Appstore for Android, as it can also be a probable reason spurring the OneNote team to roll out the app for Fire Phone users.

However, the company is said to be focused on its commitment to cross-platform availability of its productivity apps. Android users are expected to receive a touch-first Office app to be available for free with certain functionalities available on subscription-basis, before the end of the year.