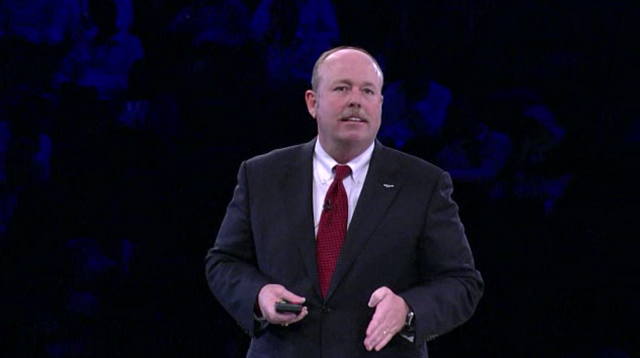 It seems like Microsoft is ready to set ablaze the PC market with launch of low priced Windows tablets and laptops with Microsoft’s COO Kevin Turner revealing details about two new Windows devices slated for year end release at the Worldwide Partner Conference (WPC) in Washington D.C on Monday.

Turner talked about a $199 HP laptop that would help Microsoft to compete with Google’s low-cost Chromebooks. He also showed off new 7- and 8-inch versions of the HP Stream line expected to sell for $99.

Specs and details of the new affordable devices were not revealed, but it is expected that they will be made available over the festive period.

Turner gave details on the new devices that Acer and Toshiba will be launching. The Acer Aspire ES1 will come with a 15.6in screen, a2.16GHz Intel Celeron processor, 4GB RAM and 500GB onboard storage priced at Â£145 ($249.99).

Toshiba’s device is a 11.6-inch device with 32GB storage but with a similar outlay as Acer Aspire ES1.

Turner also highlighted a list of six things that a Windows PC can do while a Chromebook cannot which includes being able to run both native and web apps, run the full Office version, offer desktop applications, work well offline with limited bandwidth, work with various different peripherals, and print directly to a printer.

Thanks to Microsoft for cutting Windows licensing costs that device manufacturers are able to offer machines at such affordable prices.