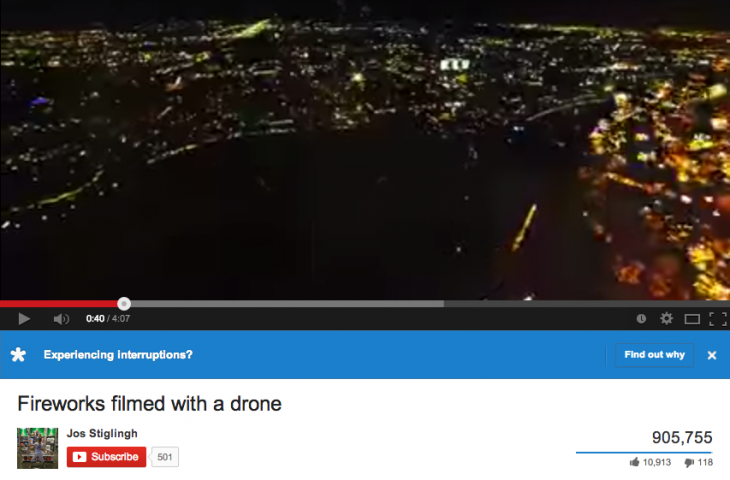 Google has reportedly taken the Video Quality Report initiative a bit further with the report stating the causes of slow streaming, showing alongside videos for YouTube users, in an effort to prove that it is doing its job well.

Netflix was the first to start it earlier this year hinting that the poor streaming service of Verizon and other ISPs is what is causing videos to slow down or buffer for a long time.

Following the footsteps of Netflix, Google has started showing a video quality report to its users which explains users about the reasons of slow down.

The reports are available only for users in select few places. Google first rolled out the Video Quality Report for users based in Canada in May and extended the availability to the US along with a few other countries.

A blue bar is displayed below the YouTube video where the company encourages users to explore the factors causing the slow down. âExperiencing interruptions?â teases the message and a âFind out whyâ button, when clicked takes the user to the report explaining the video quality which includes the location of the user and their ISP.

The report includes other details such as the time of day, other user activity that could potentially affect the userâs stream, whether or not the ISP is HD verified for a minimum of 720p streaming, etc. The message on the page also says that there are many factors which could affect the streaming speed and the quality of service delivered by the ISP could be one among them.

Itâs not clear as to when Google started displaying the blue bar, which is said to be for shaming ISPs. A YouTube spokesperson has made it clear that the blue bar was âabout educating people, not shaming ISPs.â

However, the ISPs are yet to comment and the chances for an optimistic response is very minimal.