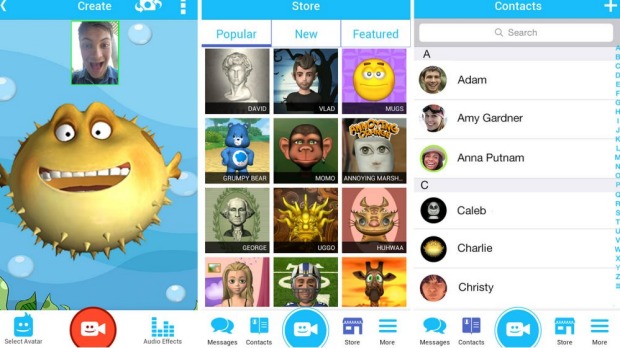 Intel has made an entry in the software front with the social messaging app Pocket Avatars that creates a short video with animated 3D avatars reading the facial expression of the user.

The app detects facial expressions using the smartphoneâs camera to animate the 3D characters and combines it with the userâs voice letting users create a 15 second video message which can be sent to their friends and contacts.

The video messages can be sent via text message, email, status update on social networks, or directly through the app.

Intel said in a statement, âProprietary facial gesture software used by the app is based on years of research by Intel Labs. It is also the result of collaboration between Intel experts in clients, servers, message delivery, Web programming, 3-D tracking, modelling, animation and video rendering, who came together to enable this unique experience.â

The app is available for free on the iOS and Android platforms and initially launches with 40 avatars, some of which are free and the others cost $0.99 each. The paid-only avatars are available for viewing but to use them to create a video, the users should first unlock them by buying them from Intel.

Several popular cartoon characters have made their way into the app including Care bears, lego characters, The Annoying Orange, etc.

âItâs just a fun thing on top of standard messaging,â said Mike Bell, VP and General Manager of Intelâs New Devices Group.
Seemingly a passion-unleashed move of Intel, the company is actually up to scoring high on the commercial front as the micro-transactions inside the app may get them some serious business or the technology may earn a lot of value with wide adoption.

âMy group is chartered with getting Intel into non-traditional lines of business. We said, âOkay, everybodyâs rushing out there to do the same sort of thing. Letâs take the technology we have and have more fun,â said Bell during an interview.