ThetaRay: ‘Gloomy forecast is that Heartbleed will live on’ 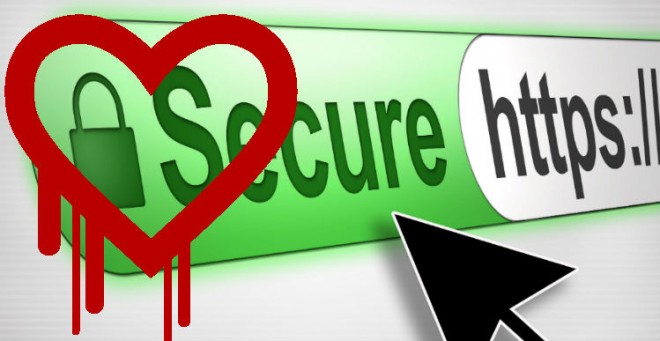 ThetaRay explains what is Heartbleed, what is its impact, what is OpenSSL, damage control, remediation and its alternatives.

The recent discovery of a serious unknown vulnerability in OpenSLL has launched the world into a whirlwind of information security guesswork. What is Heartbleed, what is the impact, and what can be done both now and in the future to detect similar zero day threats much sooner?

Zero day vulnerabilities are probably the most insidious issue IT security has to live with day in and day out. For as long as software and programming code are written by humans, programs and apps will have tiny loopholes that are eventually discovered by those seeking them out.

Much like other zero day bugs, it was a simple code mistake that resulted in what we now know as the Heartbleed flaw, labeled âcatastrophicâ by cryptography experts.

Sporting a rather fitting name, the Heartbleed flaw was discovered by Google and Codenomicon on April 7, 2014. The corresponding CVE-2014-0160 is a serious fault in OpenSSL, the cryptographic core of numerous networking and mobility products, going unnoticed since March 2012, and perhaps longer.

At this time, Heartbleed is said to affect over 60% of web servers on the Internet, which is unprecedented in reach and magnitude.

OpenSSL is an open source implementation of the SSL and TLS encryption protocols, designed for and used in protecting untold numbers of servers and everyday online activities that involve users and their access to the Internet: working, banking, shopping, browsing from home, and everything that happens in between.

Some examples of products that use OpenSSL are Juniper products, Apache HTTP server, Cisco products such as AnyConnect, Nginx, IIS, a variety of home routers, web services like Yahoo!, Google, Amazon, social networking platforms like Pinterest, and all too many others to name.

As this post is written, vendors are issuing per-product advisories about Heartbleed, and making sure organizations are aware of, and can remedy the related issues.

What Effect Does Heartbleed Have?

Heartbleed is an exploitable vulnerability that can allow remote attackers to obtain sensitive information (such as private keys, user names and passwords, or the contents of encrypted traffic) from process memory via crafted packets that trigger a buffer over-read.

It can mean that cybercriminals and malevolent parties can access information you do not intend for them to access under any circumstances: personally identifiable information, user names and passwords, confidential documentation, payment card data, and VPN communications, to name but a few.

At this point experts are looking for ways to patch Heartbleed as soon as possible, before malicious actors heavily exploit it. Some advisories are telling organizations to âassume the worst has already happenedâ, preparing teams to move to detection and post-breach response plans.

The immediate thought on everyoneâs mind is that when there is a bug, there is a patch, and the first thing to do is apply it to stop the bleeding.

Although this may appear to be a solution and a way of allaying the panic, applying patches to the many vulnerable platforms can take at least six to twelve months. Months will pass before vulnerable vendors, and all levels of end users, return to safe OpenSSL-dependent activity.

Unfortunately, in the case at hand, while patching will offer some repair, the gloomy forecast is that Heartbleed will live on, well after patches are issued and applied.

The bug is so far-reaching into internal networks, server communications, and products that were already shipped out to end users that it will take a very long time until it is completely fixed.

While this process takes its course, the even more troubling thought on everybodyâs mind is how malicious actors are planning to exploit this flaw and cause maximum damage while they still have the opportunity.

Changing passwords is a recommended step, but it has to wait until service providers and web resources have patched their Heartbleed flaws. Without proper security, the site will simply get compromised again and the new passwords will go straight to the hands of the waiting attackers.

As for two factor authentication (2FA), for those organizations that use it for VPN access and secure activities on their online accounts and infrastructure, 2FA can help to an extent.

The issue is that when web servers themselves are very possibly compromised by unauthorized parties, the authentication using that second factor will also be eavesdropped on, and can be intercepted in a Man-in-the-Middle fashion.

2FA will offer more security only once the flaw is patched and the certainty that resources are secured is restored.

Assuming the Damage is Done, Whatâs Next?

Overall, patching and password management may be the superficial fix for many cases, but not enough for this gargantuan flaw.

According to Dan Kaminsky, a security expert who discovered and coordinated the patching of a DNS caching flaw in 2008, Heartbleed is a whole new ballgame, where all the damage has already been done, and organizations now have to move to emergency remediation procedures.

Organizations that know they have been affected by Heartbleed must move to thoroughly examining their internal infrastructure and initiate incident response to ensure that security is fully restored.

This is a classic case where perimeter defenses, firewalls and NGFW, IPS, and IDS defenses are all layers that offer some security, but are unable to detect the unknown and unexpected.

Issues like Heartbleed can easily go unnoticed for years until someone stumbles upon them almost by mistake.

Knowing that a compromise has probably already affected your organization, and your team had no way to find out about it and remedy the situation sooner, is perhaps the most disheartening news to receive in the wake of a discovery like Heartbleed.

Organizations need to be able to detect attackers and issues well after they have made it through their gates, find them, and stop them before damage can occur.

The only way to achieve such a laser-precision level of detection is through the use of hyper-dimensional big data analytics, deploying it as part of the very core of the defense mechanisms.

In cases of adversaries exploiting Heartbleed, a hyper-dimensional big data analytics platform would have alerted IT security teams about suspicious activity such as preparatory reconnaissance, anomalous activity on network protocols level, malicious exfiltration, and glaring issues in the SSL and TLS protocolsâ activities.

Heartbleed might have been an unknown threat for over two years, but that does not mean it could have not been detected significantly sooner.