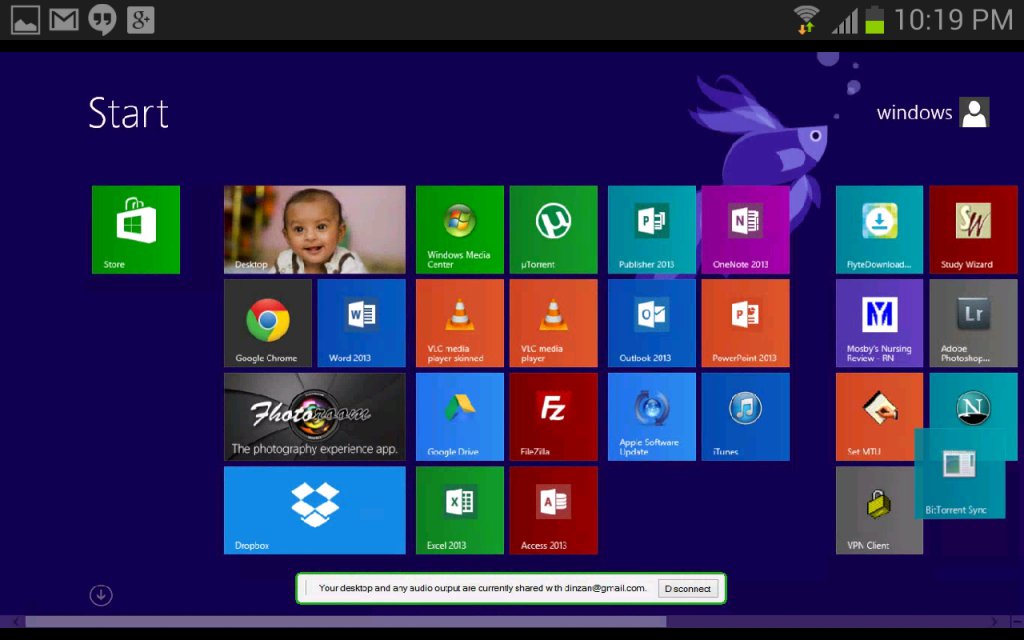 Google is still beta testing an Android app for its Chrome remote desktop feature and it may be released sooner than later, a new report claims.

The company has been working on the Android app for this remote desktop feature since a year now and its high time that the app is released. Using the app, users will be able to access their desktop through their smartphones and even tablets.

Users will be required to install the Chrome Remote Desktop app from the Chrome web store, then open your remote Android app and tap on the computer youâd like to connect to.

The screenshots of the app published hereÂ indicates that there is a lot of work that needs to be done before the app is released generally. There is an additional challenge of meeting the small-screen needs which calls for more thoughtful planning than is necessary for an extension.

Currently remotely accessing PCs and Macs is possible through connecting other PCs or Macs and Chrome fans can do it with the help of the Googleâs Chrome Remote Desktop extension which just needs Chrome to be installed in order to connect to other PCs or Macs.

Rumour has it that there will soon be an app for the iOS platform too.