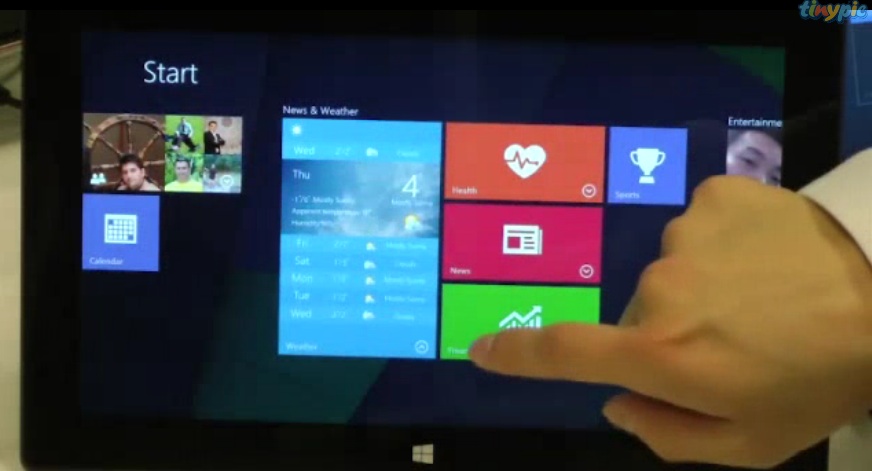 Looks like Microsoft is keen in redesigning its Windows Live Tiles to make it more interactive and capable. A group of the companyâs researchers in Asia are working on making Live Tiles on Windows 8 and Windows phone a lot better.

In the video clip, Gu could be seen demonstrating how users could interact with the Live Tiles that are core to the Windows 8.X, Windows Phone and Xbox user interfaces in new ways.

Gu shows a new interactive desktop tile that lets users open desktop apps from the Windows 8 Start screen without opening the full desktop. The interactive Live Tiles can run alongside other apps.

GU also shows a new Live Tile functionality that lets users browse through a list of emails without opening the app.

âIn Windows 8 Modern UI, the live tiles right on your start screen get you closer to the things that matter most,â Gu says in the video.

âIn this project we designed interactive tiles which enable users to manipulate Live Tiles in an interactive way with touch gestures, with aims to provide a seamless experience in the start screen across all Microsoft devices.â

The project on the official Microsoft Research site was described as âan Interactive-Tile UI system that enables users to access and manipulate Live Tiles in an interactive way with touch gestures. Interactive Tile’s UI is responsive and flexible to an app’s content and function.”

“Users can provide quick input to the Interactive Tile on the Start screen. With a perception of Start as an entrance page, Interactive Tiles were introduced to empower the start screen with an intermediate access level to applications.”

However, it is not certain if Microsoft will commercialize the Interactive Live Tiles project or not.