UK Businesses asking to be hacked? 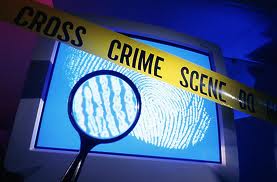 Are British businesses simply asking to be hacked? Okay… So not in theÂ literalÂ sense, however a recent study by theÂ Institute of Engineering and Technology found that the majority of businesses are not doing anything to prevent it.

The study found that just one in ten small businesses had enough security or skills to prevent an attack from skilled hackers. Out of 250 small to medium online businesses asked, 23 per cent of them had absolutely no resources to keep out hackers. It also found that just 14 per cent saw cyber attacks as a high priority and only 30 per cent had adequate security software.

Hugh Boyes from the Institute of Engineering and Technolog, saidÂ âWith increasing threats to systems and new vulnerabilities emerging daily, we are working to raise awareness among the UK engineering and technology community of the need to improve the cyber security of both our critical national infrastructure and all the technology we use.â

Hacking has aÂ devastatingÂ effect on all businesses, not just in the UK. A hack to the Sony network in 2011 left the PlayStation network down for 24 days. More recently an incorrect tweet sent out on the hacked Associated Press Twitter account about an injured President Obama left the Dow Jones stock falling 140 points. These two examples shows the extent of the impact from hacking organisations and how it can massively hinder businesses which Boyes describes as aÂ “lack of awareness, understanding or concern”.

To combat these threats the IET has teamed up with government bodies to increase awareness of hacking threats as well as a fund to help offer more masters degrees in cyber crime.