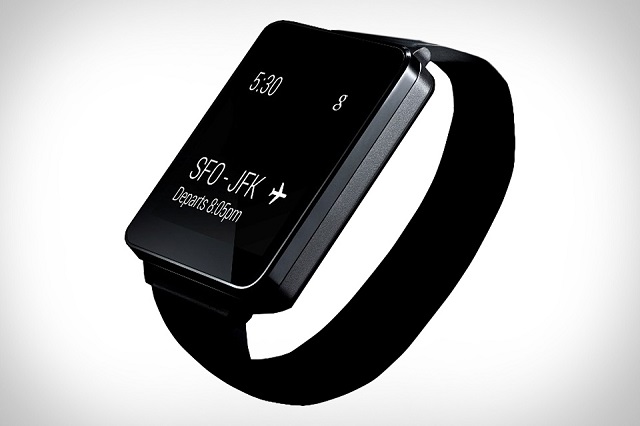 LG has revealed that its new G watch will be released sometime in July this year and will cost Â£180 in the UK.

For now, the company has zeroed in on the squarish design with rounded edges. It has also said that there may be a round model in the future. Notably, the G watch is completely buttonless making it a seamless and slim build. The non-working model looked a little bigger than its counterpart, Samsung Gear 2.

The LG G watch gives a light yet premium feel and it comes with a changeable strap. The company has made a thoughtful decision to let the users customise their LG G watch to match their style.

There are no specifications about the functions except that it will be powered by Googleâs Android platform. With the market already full of several wearables backed by new software, LG is working with Google to integrate Android with its G watch.

It is expected that there will be more details about the watch during the Google I/O in June. Google has already said that it is partnering with several wearable device manufacturers to establish Android in the wearables market.

Earlier this year, Google had announced that their manufacturing partner for wearables would be LG.