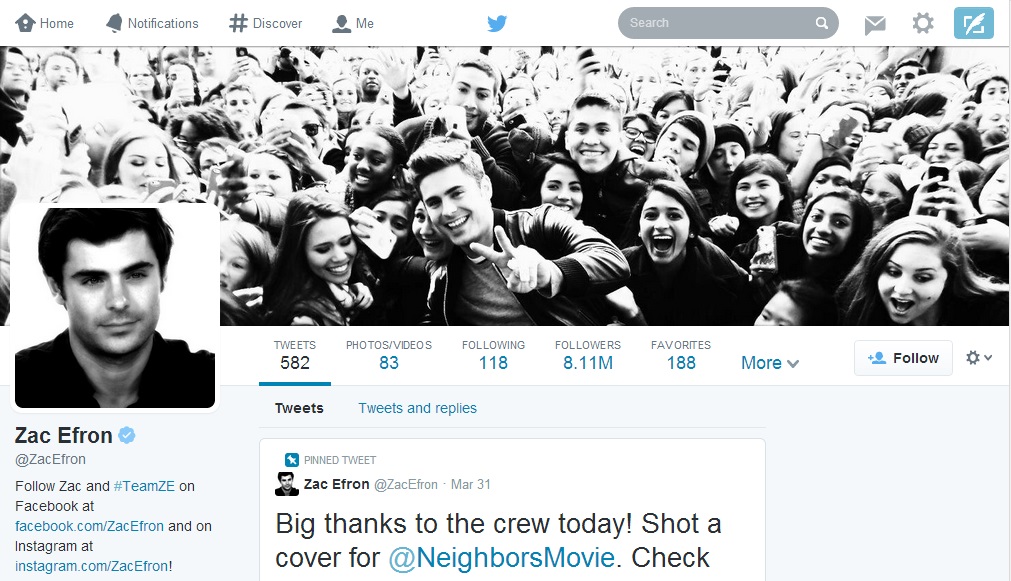 Twitterâs latest update being rolled out in a phased manner on Tuesday will see profile pages displaying a larger profile picture, larger header image and showcasing users’ most popular tweets.

âMoment by moment, your Twitter profile shows the world who you are. Starting today, it will be even easier (and, we think, more fun) to express yourself through a new and improved web profile,â David Bellona, Twitter designer, said in a blog post.

“The new web profile lets you use a larger profile photo, customize your header, show off your best Tweets and more.”

Twitter users will now be able to customise their profile pages with their favorite tweets, a wide cover-image and a larger profile photo same like the design update which Facebook made to its profile pages last year.

Additionally, Twitter has included the âBest Tweetsâ feature that will highlight tweets receiving significant engagement. Users can now also pin their favorite tweets to the top of their profile pages, using the âPinned Tweetâ feature similar to the pinning function on Facebook pages.

The social blogging giant has also added âFiltered Tweetsâ feature that will enable people to choose to view others’ profiles as tweets only, tweets with photos/videos, or tweets and replies.

The latest update is currently available for only a selected group of existing users, including big celebrities. However, users joined in the last few months and new users while signing up for a Twitter account now, will also get the new profile design.

Twitter has promised the new update to be rolled out to everyone “in the coming weeks.”