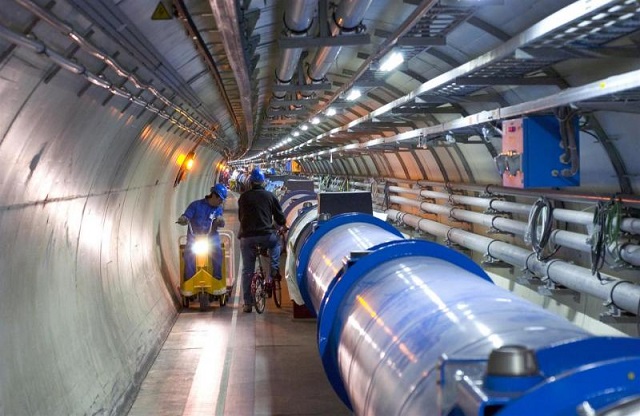 The team behind Large Hadron Collider (LHC) has sent out a statement to the press that they have begun the process of restarting the massive experimental mechanism â a process which will take nearly a year to complete.

One of worldâs most complicated system of machines will require a phased restart as it would need to be ensured that each piece is operating as intended before the next piece can be restarted and brought online.

The facility was shuttered last year in February for repairs and maintenance works. The first phase of shutdown dubbed âLong Shutdown 1? (LS1) began on February 14 and during this phase, the LHC will not be smashing any atoms.

Simon Baird, deputy head of the Engineering department said, âA whole series of renovation work will be carried out around the LHC during LS1â, reported Parity News.

The team maintaining the LHC noted that the facility had begun to suffer from diminishing returns. The team, which estimates the upgrade costs to be somewhere around $4.4 billion, noted that quite a few parts of the system could be improved thanks to development of new technology and improvements on old ways of doing things.

Much of the upgrades have already been complete and if everything goes as planned the entire reboot should be completed as early as next year.