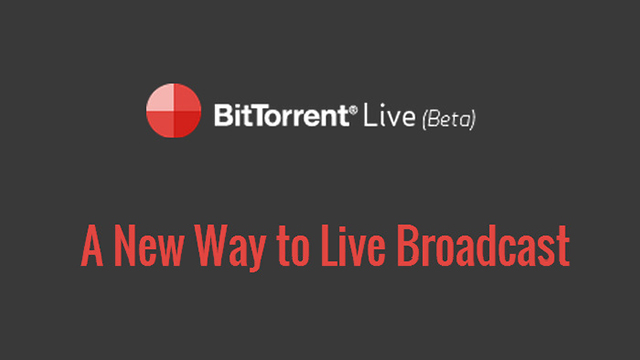 Long has it been known that you can watch TV and movies on BitTorrent as soon as they are released anywhere in the world, however today BitTorrent finally releases their new feature BitTorrent live, which they believe will revolutionise watching TV.

At first glance it does not look like anything special to the end user, just install a plug in and then watch a limited set of broadcasts. A very limited number of broadcasters have signed up, although BitTorrent hope this increases upon release.

So how does it work? Why BitTorrent? If you are aware of P2P you will know that you download bits of the file and upload to other users downloading the same file at the same time. Well, this is essentially the same, a user downloads the content from the original broadcaster, while they are watching they then beam what they have downloaded to a variety of other users all around the globe, as will you.

We wish to watch how this develops before we pass judgement, although will it be a game changer? I doubt it.