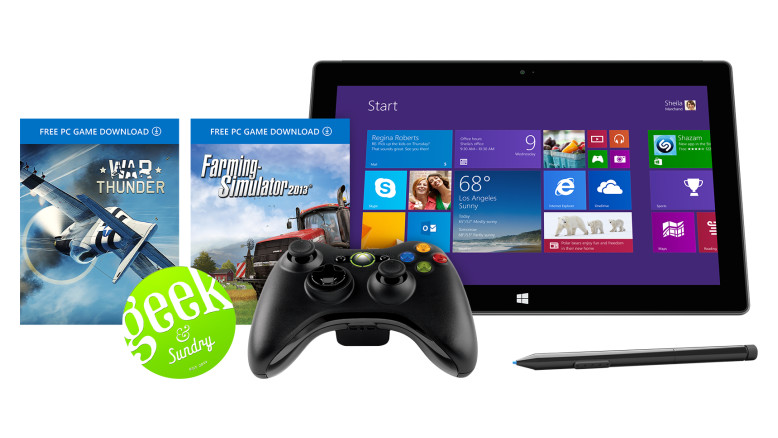 Microsoft has announced Surface Pro 2 Geek & Sundry Bundle in a bid to lure tablet gamers into buying its slate. Buyers can find the bundle exclusively at Microsoft Store till May 1 or until stocks last

The bundle includes a 64 GB Surface Pro 2 tablet, an Xbox wireless controller for Windows and two PC games (War Thunder and Farming Simulator) which can be downloaded. All these for a price of $899 â saving buyers as much as $104.

Though the two games arenât much popular, the rest of the elements of the offer are really cool. Buyers can opt for any Surface Pro 2 tablets except the 512 GB storage because itâs currently off the shelves.

The 128GB model will cost $999 and the 256GB Surface Pro 2 will cost $1,299. While there is an option to choose any of these three models of Surface Pro 2, other Microsoft tablets canât be included in this bundle.