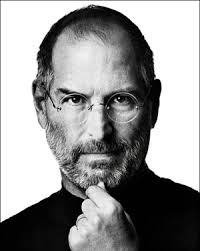 Recently, District Attorney George GascÃ³n met carriers and device makers, including Apple, to request them to install a âkill switchâ in their phones, which would act as a deterrent against pilfering of these devices. Â He was disappointed with his meetings because the response of none of the device makers was encouraging.

GascÃ³n mentioned that Appleâs government liaison Michael Foulkes went on and on about how a âkill switchâ could be developed so a device can be incapacitated, if stolen. While at it, he also revealed that the next two generations of iPhones have already been developed, in other words it wouldnât be possible to include a âkill switchâ in these versions.

Foulkes revealed to GascÃ³n that the two forthcoming versions were in the pipeline before Tim Cook took charge. Now, GascÃ³n might not have made much headway as far as his endeavor is concerned, but quite innocently he revealed something that has many excited.

As most would remember, Jobs passed away the day before Apple unveiled iPhone 4S in late 2011, which indicates Jobs had known about the design of next three generations of iPhones following it.

This means, Jobs was not only involved in the development and design of two versions of iPhone but had also overseen the development of other recently released products from Apple like MacBook Pro with Retina Display and the newly redesigned Mac Pro that Cook has said the company will release this year.

The revelation would silence Tim Cook bashers, who have commented that the present ethos of Apple is widely different from the one when Jobs was alive. It was also said that Apple would soon lose its sheen now that Jobs is no more. All the evidence, like robust financial reports for the past 2 years and record sales figures point to the contrary.