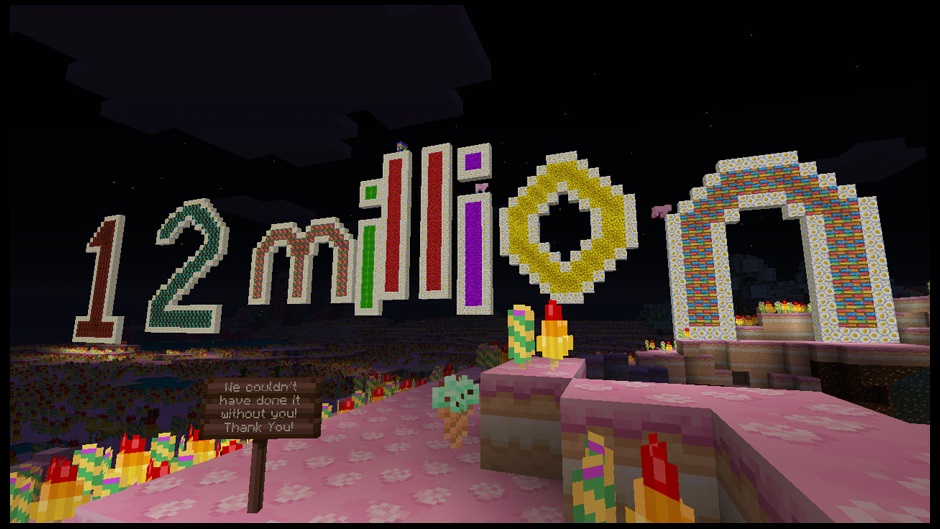 Microsoft has announced that Minecraft: Xbox 360 edition has sold over 12 million copies making it one of the most successful titles for Xbox 360.

According to Mojang’s Daniel Kaplan, the original target of the game was to sell 1 million copies, which would have put them at par with the likes of Castle Crashers. âWe never even dreamed of selling 12 million!” said Kaplan.

Minecraft: Xbox 360 will be getting the Candy Texture Pack on April 18.

When asked if Mojang is planning to release an Xbox One version of the game, Kaplan said, “It is coming, eventually!”