Androidians to get Outlook Web App later this year 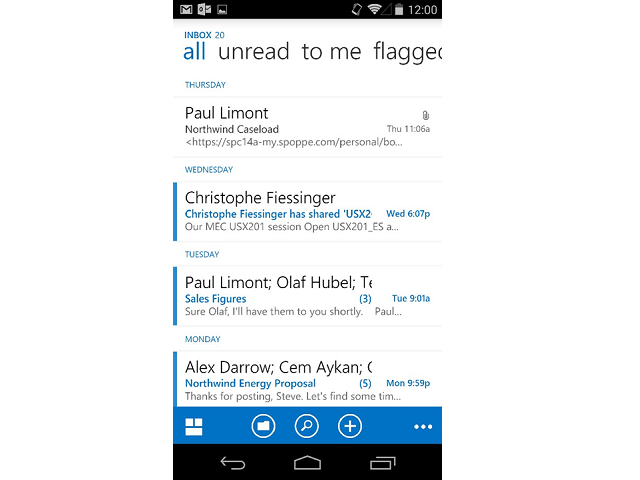 Steve Chew, a senior product marketing manager in Microsoft Exchange group wrote on a blog post, âWe’re bringing an entirely new way to think about email as a continued enabler to how people get work done whether in the office or on the go.â This announcement comes as a part of the three-day Microsoft Exchange Conference in Austin, TX.

Microsoft rolled out OWA for iOS users as early as July,2013; however, their app for Android devices comes with improved features.

The main idea behind Clutter is to provide a way for users to manage their Inbox clutter-free. Clutter is a feature that would learn the behavioural pattern of the user in their Inbox and filter out emails to which they donât respond often and push them to the Clutter box. Users are also given the option to set up rules based on which they want their emails to get sorted.

Enhanced Document Collaboration lets users attach files to emails as a link directly from their OneDrive for Business account. There is also an option to sync the files to OneDrive while attaching to emails.

Groups is a concept that mimics Yammer, a social networking site acquired by the software giant in 2012. Microsoft has tried to make its OWA more social by letting users access all their group conversations about a particular topic in a single place which will reduce the time needed to browse through past emails to get information. A highlight about this feature is that anyone within the network can create groups and add people.