Microsoft rolls out Office for iPad 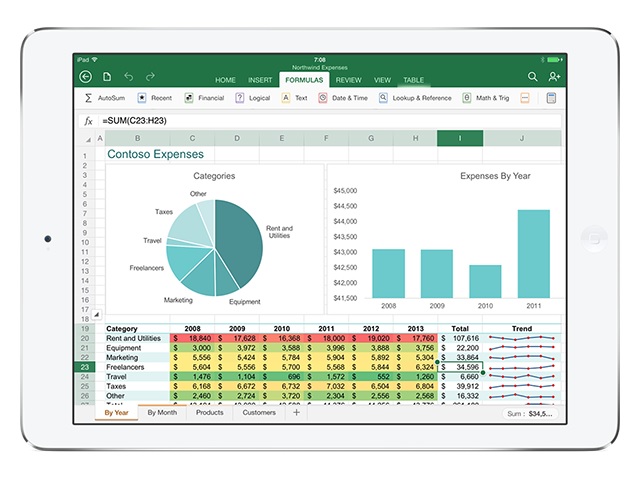 Speaking at a press event, Microsoft’s CEO Satya Nadella took the wraps off Office for iPad that will integrate with OneDrive. The application is available for free to download on Appleâs App Store.

Word has turned out to be the most downloaded application for iPads within a few hours after the launch, while Excel and Powerpoint apps are in the third and fourth positions respectively in the app store.

“Microsoft is focused on delivering the cloud for everyone, on every device. Itâs a unique approach that centers on people â enabling the devices you love, work with the services you love, and in a way that works for IT and developers,” Nadella said.

Nadella also noted that Microsoft was uniquely positioned to lead âthe magical coming together of the cloud and mobileâ for more than 1.5 billion smartphones, computers and tablets sold each year.

Microsoft in its blog post explained âWhat makes these apps unique is that they strike just the right balance between being unmistakably Office and being designed for the iPad. If you use Office on a PC or Mac, the iPad apps feel very familiar, so you are comfortable and confident using these apps right away. The Ribbon layout and experience is familiar, with the most common commands under Home, and Chart commands automatically show up when you select a chart.â

Nadella claimed the goal of this application is to âmake sure the 1 billion Office users â and growing â can have access to the high fidelity of Office on every device they use.â The new Office for iPad comes with support for 29 languages including Japanese, Dutch, Spanish, Korean, Russian, and Portuguese.