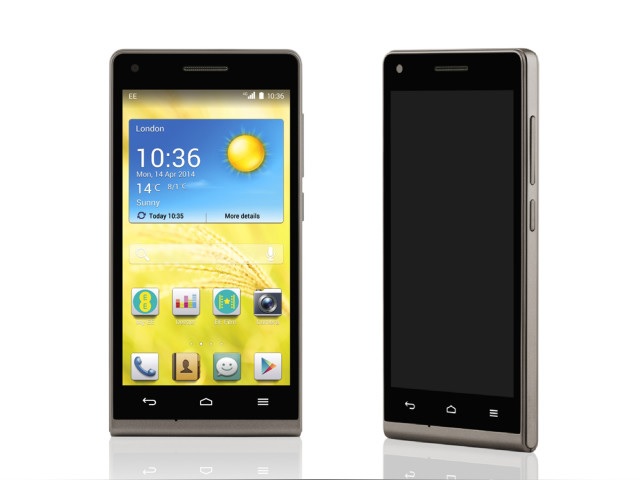 Everything Everywhere has announced the cheapest ever pay-as-you-go 4G smartphone in the UK â EE Kestrel â for just Â£99.

Seemingly a carbon copy of the Huawei Ascend G6, the EE Kestrel is powered by a 1.2GHz quad-core processor, 1GB RAM, 8GB internal storage, 2,000mAh battery and a 4.5-inch qHD screen with 540 x 960 pixel display much like the Ascend G6.

The similarity however ends when it comes to the rear and front cameras as unlike G6 the EE Kestrel only packs a 5-megapixel rear camera and a 1-megapixel front one.

The EE Kestrel is capable of HD voice, and packs a CAT 4 modem that is theoretically capable of achieving connectivity speeds of up to 150 Mbps.

To be available starting this April, Kestrel will also be available on a two-year monthly Â£13.99 contract with 500 MB of data, 500 voice minutes and unlimited texts. This is the cheapest 4G plan in the UK as O2âs cheapest is Â£19 a month with same allowance as that of EE.

Those who are constantly on the move and travelling to Europe more often can opt for a Â£21.99 a month contract that bundles unlimited roaming minutes and texts when in Europe.

Pippa Dunn, chief marketing officer, consumer, at EE said, “By introducing the U.K.’s lowest price 4G smartphone, and great value entry-level plans, even more customers will now have the ability to access the U.K.’s most advanced 4G network and reap the benefits it offers.”